Sam Allardyce says West Brom’s transfer plans have been disrupted by the new regulations following the United Kingdon’s exit from the European Union.

Following the split, a points system has been introduced that will mean clubs need a Governing Body Endorsement (GBE) to sign players from the EU.

A GBE will be awarded on the basis of senior and youth international appearances, the quality of the selling club and the players’ club appearances.

The new rules have already hindered West Brom’s attempts to strengthen their squad in the January transfer window.

“The new regulations are a problem. I have found three players already who were capable of coming here and they’re not allowed. It’s a shame,” Allardyce told reporters.

“Due to the new regulations in terms of the permit they were unable to come to this country, whereas [previously] they would have done. I have to look at that and think ‘can he qualify?’

“That has made life a bit more difficult. It’s not so much the pandemic, it’s the change of rules because of the Brexit deal.

“We will do what we can and finding a player in this pandemic is going to be the hardest window I have ever worked in.

“No disrespect to my players here because they are all working as hard as they can but I do have to find better to lift the squad.

“Whatever player comes in they have to be better than what we have and capable of going into the team almost immediately.”

Allardyce says his side’s preparations for matches have also been disrupted in recent weeks, damaging their attempts to end their current seven-game winless streak in the Premier League.

“Training sessions have been almost zero, because of the load of the games, and the recovery periods the players need, and because of the weather on some occasions,” he added.

“We’ve had zero chance to be on the training ground as often as we’d have liked.

“It means that practices we’d normally do haven’t been able to take place – we’ve tried to do that via our analysis room and screen, but that’s obviously an area you go to on top of your training – your training session is backed up by analysis and videos that follow.

“We’ve been on the analysis side of it more than on the training pitch which has left me very frustrated, but the more I can get on the training ground, the more organised we’ll become – particularly defensively.

“I can’t knock the players for trying their best – every player is shattered in there. They’ve run and I can’t knock them for that – they’re just falling short against this opposition.”

Sun Jan 3 , 2021
Manchester City defender Eric Garcia has tested positive for Covid-19, the club has revealed. The Premier League side have been hit by an increase in cases recently, leading to the postponement of the match against Everton hours before kick-off on Monday.  It has been confirmed that 19-year-old centre-back and a […] 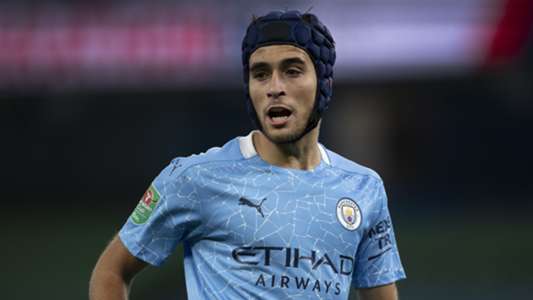