The forward has been in blistering form since teaming up with the Black-Whites after a disappointing spell with Steven Gerrard’s Rangers.

The former Nigeria U23 striker has scored 17 goals and provided 16 assists across all competitions this season for Savo Milosevic’s men.

The forward was one of the standout performers during his side’s 1-0 victory over rivals Red Star Belgrade in a derby outing.

Sadiq’s form has seen him linked to a number of European clubs including the Red Devils and recently, Manchester United scout for Central and Southeast Europe Budimir Vujacic watched him play.

The striker is delighted his performances are getting the attention of the Old Trafford outfit and explained how the Black-Whites have helped him to improve.

“It’s a big compliment for me as a player, but believe me, nothing is accidental,” Sadiq was quoted as saying by the Republika.

“In Partizan, we work thoroughly before every game and not only when we talk about tactics and video analysis, but also about the human relationship.

“Whether it is Chief Milosevic or someone else from the expert staff, they are always there for us

“Partizan helped me a lot in my career, I found my way and now I just follow what they ask of me. I think this is just the beginning of my success, and the motivation is there.”

Partizan played Manchester United in a Europa League game back in November and narrowly lost the first leg by 1-0 in Belgrade.

Ole Gunnar Solskjaer’s men, however, dominated the second leg at Old Trafford, securing a comfortable 3-0 victory in the encounter.

“As for Manchester United, I think that they were surprised by our game in Belgrade and that is why they played the best team during the visit, which was not the case afterwards. That speaks enough about respect for Partizan. “

Sadiq started his European career with Italian side Spezia in 2014 before he teamed up with Roma, where he spent four years, including loan spells at Bologna, Torino, NAC Breda and Rangers.

The forward will hope to continue his impressive showings in front of goal when Partizan take on Vojvodina at Stadion Karadorde on Friday.

'I'd have signed Aubameyang a year ago!' - Arsenal should 'break the bank' to keep hold of star striker, says Campbell

Mon Jun 15 , 2020
A former Gunner thinks his old club have “shot themselves in the foot” by failing to tie the Gabon frontman down to a new contract Arsenal must “break the bank” to keep hold of Pierre-Emerick Aubameyang, according to Kevin Campbell, who says the Gunners have been guilty of “messing around” […] 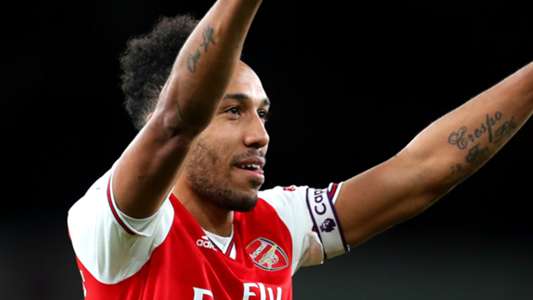