The Egyptian Premier League giants will square up against Hans-Dieter Flick’s Bavarians in the tournament’s semi-final on February 8 should they negotiate their way past hosts Al-Duhail in Thursday’s second-round clash billed for Al Rayyan’s Education City Stadium.

According to the 34-year-old, playing against Pitso Mosimane’s men could be difficult.

To back this up, he cited their experience in 2013 where they laboured to defeat hosts Raja Casablanca 2-0 in the final inside Stade de Marrakech.

“Right now we’re still focusing on the Bundesliga, but we’ll prepare ourselves for that in good time,” Neuer told Fifa website

“We already know Al Ahly. They’re the African Champions League winners, so it wouldn’t be an easy game at all.

“The same was true in 2013. It’s not very easy to play against sides you don’t know very well.”

Neuer also expressed his delight winning a second Champions League title after a first triumph in the 2012-13 season, while talking about his motivation to win a sixth title in the 2019-20 campaign.

“It was a dream,” he continued. “We experienced wonderful moments together as a team and as a club in Lisbon.

“The format was different due to the coronavirus, so it was quite special. We grew closer together as a team.

“It was a fantastic feeling, including for the players who were part of the side that beat Borussia Dortmund at Wembley [in 2013]. It was a dream to be able to repeat that.

“We’ve got a clear objective in mind and we want to achieve it in a positive way.”

The Club World Cup was initially scheduled to be held in December 2020, but the outbreak of the coronavirus pandemic – which crippled football-related activities – saw it moved to February 2021.

Wed Feb 3 , 2021
The Harambee Stars forward has agreed to sign for Batoto ba Mungu a few days after his premature exit from Napsa Stars Sofapaka have moved to acquire the services of Kenya international Timothy Otieno on a two-year contract. The former Tusker player was a free agent after being released by […] 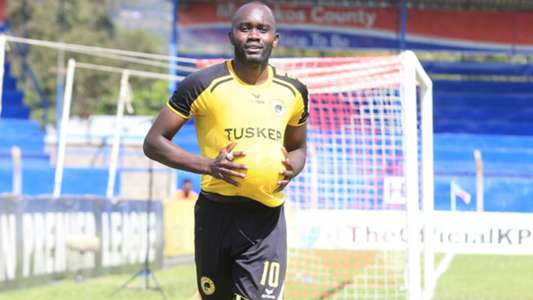