Jurgen Klopp admits it would be “nearly a miracle” if Virgil van Dijk was to play for Liverpool again this season.

The Dutchman has not featured since suffering a ruptured anterior cruciate ligament against Everton back in October, but has been pictured working with a ball during his rehabilitation in Dubai.

Klopp stated last month that the situation was “all very positive”, leading some to suggest the 29-year-old could make a surprise return to action before the end of the campaign.

At his press conference on Tuesday, though, the Reds boss poured cold water on those reports.

“In the moment, I don’t know where these things are coming from,” he said. “Nobody really, no doctor, nobody really told me there’s a chance for Virgil to play in this season again.

“If we have space [in our Premier League and Champions League squad list] we would put them all on, even when all the medical people tell us there’s no chance. We put them on because we believe in miracles from time to time.

“But if there’s no place then we have to consider these kind of things and say, ‘The chance is not too big so we have to make the decision.’ But if they are on the list then it’s only because we hope for nearly a miracle. That’s it.”

Klopp confirmed on Monday that Joel Matip would miss the remainder of the season due to the ankle ligament injury he sustained at Tottenham last week. Joe Gomez, another centre-back, is also on the long-term casualty list with a knee problem.

“You don’t only lose the player, you lose the person in the dressing room as well. They have surgery and they are out for a while and so you don’t have close contact – and the world is difficult enough at the moment.

“It is really harsh and he was really unlucky in that situation. This challenge with Son was a really good challenge and he played on. At half-time when we were strapping him, the ankle blew up and there was no chance.

“There is nothing good to say about it. The only good thing is he will be back for pre-season and we have time to work on things that will make him even stronger for the future.”

Tue Feb 2 , 2021
The ex-international custodian explains to Goal why K’Ogalo will have the last laugh against their sworn rivals Ingwe on Sunday Mike Kisaghi has explained why Gor Mahia will win the FKF Premier League derby against rivals AFC Leopards on Sunday. The two Kenyan giants will meet for the first time […] 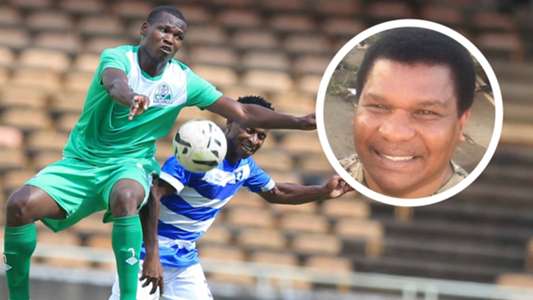