While the Spain international converted his effort on Saturday, Pep will continue searching for a permanent option from 12 yards

Pep Guardiola’s hunt for a penalty taker at Manchester City is set to continue despite Rodri’s successful effort against Tottenham on Saturday.

The midfielder beat Hugo Lloris from 12 yards to put his team ahead, a week after Ilkay Gundogan had fluffed his lines against Liverpool.

City went on to win 3-0, but Guardiola is not convinced Rodri is the right man to continue taking the side’s kicks long-term.

“Is Rodri the taker now? No,” he told BBC Sport.

“I would say I admire the courage to take the penalty but it was not a good penalty. I am not laughing, I am concerned about this.

“We will have a real specialist to take them with quality. We have to practice.”

Penalty doubts aside, Pep was pleased with what he saw from his charges as they strengthened their grip on the Premier League summit with their 16th consecutive victory in all competitions.

“Well deserved, they hit the post and that can turn the game but the way we wanted to play was there. Tottenham have special quality, we have played well against them in the past and lost 2-0,” he added.

“They don’t need anything to create chances. It is the quality and the approach of their manager. We have a special way to play and we will continue, you have to be patient, patient. Calm.”

Is Ederson the answer to City’s dilemma?

He returned to the topic on Saturday, albeit with tongue firmly in cheek.

“When I talk about Ederson and penalties, you see his assist, 60-70 yards, well then he will score from 12 yards!” he said.

“For the quality of the shot, Ederson is the best but a penalty is different. I am delighted for Rodri, for the courage to take it.

“I have to reflect. The Champions League is coming, Everton in the quarter final of the FA Cup – and we don’t have a real specialist to take a penalty, that is the reality.” 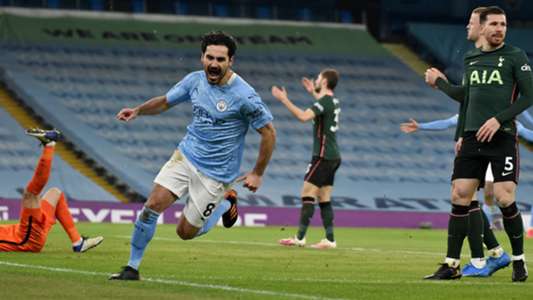