Manchester City defender Kyle Walker has admitted that his opener against Swansea City on Wednesday was meant to be a cross.

Walker scored in the 30th minute of his side’s FA Cup fifth-round match at Liberty Stadium when his low, driven ball from outside the box evaded everyone and nestled in the back of the net.

Raheem Sterling and Gabriel Jesus went on to score in the second half as City advanced to the quarter-final round with a 3-1 win.

Editors’ Picks
What did Walker say about his goal?

“It was a cross for my goal but we deserved a bit of luck with the way we were playing and I am lucky to get on the scoresheet,” Walker told BT Sport after the game.

“We have made a few changes from last season tactically with pressing and how we move the ball around. The gaffer knows what he wants. He has proved it across many clubs and he has brought that to City.

“Over the last four seasons we have been very good. Last season we just got beat by a very good Liverpool team.

“It was a professional win and we move on to the weekend. Everyone who comes into the team does well. All I can do is make sure I am doing the right things when I am on the field.

“Every season I’ve been here we’ve always been fighting for trophies. Each and every game, we play like it is our last and try to win the game.”

Man City take the lead as Kyle Walker’s cross bobbles all the way in 😳 #FACup pic.twitter.com/NR6q888xG5

By defeating the Swans, City have now won 15 straight games in all competitions, something no other English top-flight side had previously managed.

Can City win a quadruple?

Man City appear well positioned to win an unprecedented quadruple this season. In domestic cups, they are in the FA Cup last eight while they will face Tottenham in the Carabao Cup final in April.

City also currently lead the Premier League and have advanced to the Champions League last 16, where they will take on Borussia Monchengladbach in the first leg on February 24.

What’s next for City?

Guardiola’s side will return to Premier League action on Saturday when they face Tottenham at Etihad Stadium.

City currently lead the league by five points over rivals Manchester United, with the Red Devils having played one game more than Guardiola’s men.

Corinthians vs Parananese: How to watch Brasileirao Serie A matches

Wed Feb 10 , 2021
Two teams with an outside chance of a Libertadores spot lock horns on Wednesday in Sao Paulo The Campeonato Brasileirao Serie A is the top level of soccer in Brazil and has been the breeding ground for some of the world’s greatest players including Pele and Neymar. All games are […] 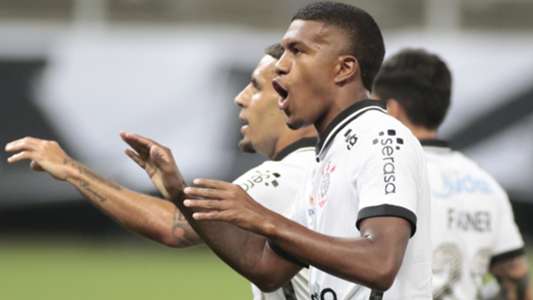