Chennaiyin officially crashed out of the race to get to the 2020-21 Indian Super League (ISL) play-offs after the 2-2 draw against FC Goa last weekend. Following their exit from the top-four battle, Csaba Laszlo wants his team to end the season on a good note.

The two-time ISL champions face NorthEast United on Thursday before their final game of the season against Kerala Blasters.

“We have two games to go and it is not just about the play-offs but to get good results. We will do everything to win and the time will come for the young boys also. We are preparing against NorthEast, that will be a tough game. We will approach the game similarly to how we faced Goa and our target is to win the game,” said Laszlo.

Laszlo was unhappy with the lack of aggression Chennaiyin showed against Goa and is wary of NorthEast United who are on a seven-game unbeaten run.

“NorthEast United at the moment are on a good run. They made good recruitments this season, especially with foreigners, and also got one striker from Bengaluru (Deshorn Brown) who is dangerous. Our first game (0-0 draw in the reverse fixture against NorthEast United) was a draw but a good game.

“Our attention is not just to play good football but successful football. We have to score our goals as we scored twice against Goa and I hope our offensive players will continue like this against NorthEast United,” he stated.

Chennaiyin have missed the services of Rafael Crivellaro and despite the club signing Manuel Lanzarote as a replacement, the coach said that the team is also missing the quality of Anirudh Thapa this season owing to injury woes.

“We know that the Indian national team needs Thapa, as do we. He trained yesterday I don’t know if he’ll be 100 per cent ready and I hope he can play a minimum of one half. We missed him is almost every game after his injury and we hope that eventually, he will be available,” the Chennaiyin coach said.

“Every team has ups and downs and not every season is perfect. In this season, we also had a lot of good things but the results were not so positive, especially in the attack. Generally, the team is together and we want to show in the last two games that we have good morale and that we are fighting for each other,” he signed out.

Wed Feb 17 , 2021
The German head coach felt the final scoreline was not an accurate reflection of how well his side played against the Reds Julian Nagelsmann has insisted that RB Leipzig were not two goals worse than Liverpool following their Champions League defeat. Liverpool picked up a 2-0 victory over Leipzig in […] 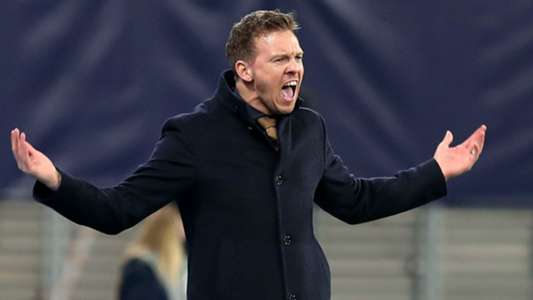