Tanzania champions Simba SC have openly admitted it is not good news to part ways with head coach Sven Vandenbroeck.

On Thursday, the Wekundu wa Msimbazi confirmed the exit of the Belgian tactician only a day after he led them to the group stage of the Caf Champions League after eliminating FC Platinum of Zimbabwe 4-1 on aggregate.

The decision has shocked many across the country with some wondering why they had parted ways with a coach, who had guided them to the group stage of the competition for the third time in history.

It seems his exit has also affected the club’s Information Officer Haji Manara, who has termed it as sad news but asked for calm as they search for his successor.

“It is not good news for this period,” Manara wrote on his Facebook page after the exit of Vandenbroeck. “But let us pray we relax and leave the task of getting a good successor to our leadership so that we can cross the line together.”

On the coach’s exit, Simba said in a statement obtained by Goal: “The Board of Directors of Simba Sports Club announces to its members and fans that we have parted ways with our head coach Sven Vandenbroeck by mutual consent.

“Simba thank coach Sven for the success achieved during his time with the club where we won the Tanzanian Premier League, the FA Cup, the Community Shield and qualified for the group stage of the Caf Champions League.

“In light of the above, assistant coach Selemani Matola will hold the position vacated by Sven up until we announce a new person for the role,” the statement continued. “We recognize that Sven will always be part of the Simba family.

“We wish him all the best in his future endeavours.”

Simba appointed the 41-year-old Belgian to take charge of the team in December 2019 after sacking Patrick Aussems a month earlier.

Aussems was relieved of his duties when the Wekundu wa Msimbazi claimed the Belgian left the club without official permission during the last international break.

The former AC Leopards tactician failed to further guide Simba SC in the Caf Champions League as they faltered against UD Songo of Mozambique in the preliminary round.

They turned for help on another Belgian, Vandenbroeck, who had left his role as the head coach of the Zambia national football team in February 2019.

Vandenbroeck served as the caretaker coach of Greek side Niki Volos Football Club in 2014. The former defensive midfielder was Hugo Broos’s assistant when the Indomitable Lions won the Africa Cup of Nations two years ago.

Fri Jan 8 , 2021
The South Africa star was registered in time for Sunday’s Cup game at the Rodney Parade Percy Tau is in contention to make his Brighton & Hove Albion debut in an FA Cup third-round match against Newport County on Sunday, the Premier League club has confirmed. The 26-year-old was just recalled […] 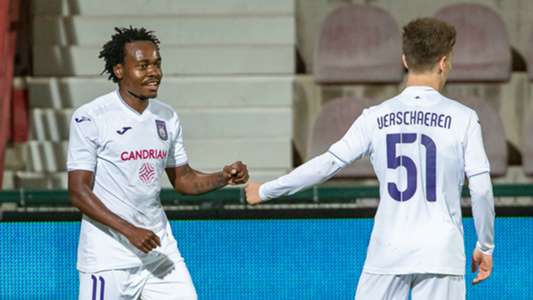