Bruno Fernandes has called for “disappointing” Manchester United to win at all costs, insisting “it doesn’t matter how we play”.

United dropped points for the third time in their last four fixtures after drawing 3-3 with Everton at Old Trafford on Saturday night.

An Edinson Cavani header and a superb Fernandes strike gave the hosts a 2-0 half-time lead to defend, but Everton brought themselves level within ten minutes of the restart through goals from Abdoulaye Doucoure and James Rodriguez.

The Red Devils regained the initiative when Scott McTominay nodded a Luke Shaw cross into the net 20 minutes from time, and they seemed poised to secure all three points until the dying seconds of the match.

Dominic Calvert-Lewin broke United’s hearts with a last-gasp effort after latching onto a flick-on in the box, sparking wild celebrations in the away dugout and leaving Ole Gunnar Solskjaer with his head in his hands.

Fernandes expressed his frustration over the final result post-match, telling MUTV: “There are a lot of things to be disappointed with.

“We were making so many mistakes in the last few games and we can’t keep conceding goals like that. We have to be more focused, we have to have the same desire to score and to defend our goal.

“Every time we have to make goals and score goals it has to be the same to not concede and I think we have to learn from this.

“It has already happened a lot of times so it is more than a bit disappointing. You talk about everything that is going on but it is about learning and make it better.”

The Portuguese added on Calvert-Lewin’s equaliser: “It is really bad and you can’t concede goals like that because from a full 50 yards they are a long way from our goal.

Fernandes went on to admit that he would have preferred to pick up a win in ugly fashion than draw after dominating the game, with United ultimately guilty of too many lapses in concentration at the back.

“I wish we had played a little bit worse in the second half and maybe don’t concede the goals and score more,” he said.

“We don’t do that and unfortunately we concede the goal in the last few seconds.”

Next up for Solskjaer’s side is an FA Cup fifth-round clash against West Ham, before preparations begin for a trip to West Brom in the top flight, and Fernandes is expecting a strong reaction after a major blow to their title chances.

“So everybody has to be ready and learn from his game. Everything we learn from this game we have to put in the next one and try to win. We have to win.”

Sun Feb 7 , 2021
After eight games, Ingwe are fourth on the table with 18 points, three more than K’Ogalo Former AFC Leopards secretary-general Oscar Igaida is confident Ingwe will get a win when they play Gor Mahia in the FKF Premier League Mashemeji Derby on Sunday. The two sworn rivals will meet at Kasarani […] 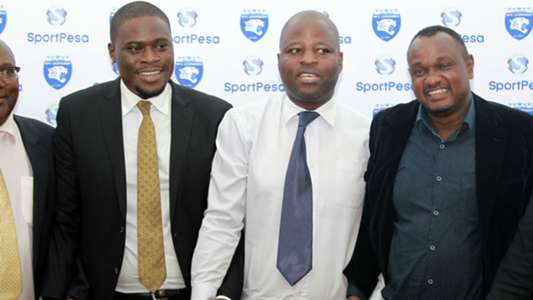