The American winger was wearing a brace and on crutches following the game, with a lengthy layoff possible

Morris came on as a half-time substitute in the Championship match, but had to be taken off on a stretcher near the hour mark following an awkward landing.

After Swansea were defeated 4-1, Cooper confessed the on-loan 26-year-old could be facing a long spell on the sidelines.

“It does not look good, does it? I don’t know the extent of it but we have our fingers crossed for him,” Cooper said.

“We will know more in the days to come, but it did not look a good one, that’s for sure.

“He will travel back with us, he is currently in a knee brace and on crutches. We will get the best attention to him as soon as possible.”

Morris only joined Swansea last month on loan from MLS side Seattle Sounders, with the Championship team holding an option to purchase Morris at the end of the current campaign.

The winger has become a star with his hometown club, tallying 41 goals and 23 assists in 121 MLS appearances with the Sounders.

Morris has also been a regular for the USMNT, earning 39 caps and scoring 10 goals.

At Swansea, Morris has made five total appearances thus far, starting one of those matches.

Sat Feb 20 , 2021
The in-form Germany international midfielder is enjoying the most productive campaign of his career in the final third Ilkay Gundogan has hit nine goals for Manchester City in 2021, including four in his last two appearances, and puts a remarkable purple patch down to added “hunger” and a more advanced […] 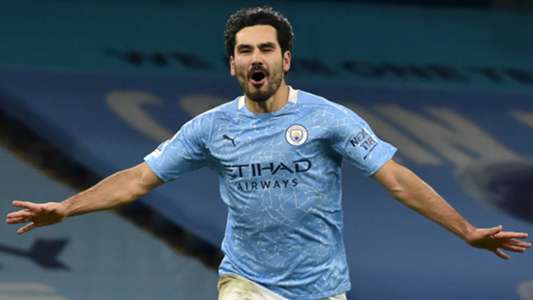