The transfer of the former Tusker forward has been speculative since January 9 when it was reported the Japanese was already in talks to sign the player from Albanian giants FK Vllaznia Shkoder.

Tosu have now confirmed on their official website they have sealed the signing of the player, who moves to Japan, just a few weeks after Harambee Stars striker Michael Olunga left the J1-League for the Qatar Stars League after signing for Al Duhail SC.

Dunga has signed a one-year deal, with Tosu confirming: “We are pleased to announce Ismael Dunga from FK Vllaznia [Albania] has decided to join Sagan Tosu as a full transfer.”

The striker has expressed his happiness at sealing the transfer by stating: “I am happy to be in the family of Sagan Tosu. I would like to work as a team with you and do my best. Thank you.”

Dunga is among the Kenyan stars who moved to Europe and has additionally played for three Albanian sides in his career.

The former Sony Sugar and Tusker forward joined Vllaznia Shkoder from KF Tirana in 2020. He had joined KF Tirana in 2019 from another Albanian club Luftetari, where, from 2018 to mid-2019, he played in 24 matches and scored seven goals.

The 27-year-old forward played for Greek side Acharnaikos between 2016 and 2017, featured in seven matches, and scored three goals before he moved to Morocco and signed for Raja Beni Mellal.

From Raja Beni Mellal, Dunga signed for the City of Lusaka in 2017, and in 2018 he left for Napsa Stars FC, another Zambian side.

He has also played for Nakumatt and Congo United in Kenya before he started on a journey across foreign clubs in 2016.

He now joins the league where striker Olunga left a mark after he enjoyed a stellar 2019-20 season with Kashiwa Reysol as he won the Golden Boot – after scoring 28 goals – and was also voted the Most Valuable Player becoming the first African to win both awards.

Mon Jan 25 , 2021
The Red Devils have seen their Ivorian centre-half enjoy a welcome return to form this season, but an injury-prone star is being managed carefully Ole Gunnar Solskjaer says Eric Bailly was left out of Manchester United’s FA Cup win over Liverpool as a precaution, with the defender expected to come […] 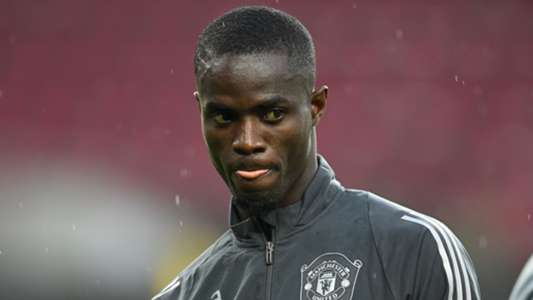