From ATK Mohun Bagan to East Bengal and Kerala Blasters, a sneak peek into the play-offs qualification scenarios of nine teams…

Mumbai City became the first team in the Indian Super League (ISL) this season to book a top-four berth after their entertaining 3-3 draw against FC Goa on Monday.

With the draw, the Islanders now have 34 points from 16 matches and have reached the play-offs after having missed out last season.

With Mumbai’s play-offs spot already sealed, the remaining three slots are now up for grabs for teams placed between 2nd to 10th on the points table.

After their win over Bengaluru on Tuesday, ATK Mohun Bagan’s job is the easiest among all the nine teams who are in the race for the play-offs, as just a point from their remaining four matches will confirm their spot in the play-offs.

With the race to the top-four heating up at the business end of the season, we take a look at the scenarios of all the nine teams who can still make it to the play-offs this season.

The Mariners are the closest to confirm a play-offs berth. Their next four matches are against Jamshedpur, East Bengal, Hyderabad and Mumbai City respectively. They need just a point to book a top-four berth. Also, if Hyderabad drop points against East Bengal on Friday then 33 points which they have at present will be sufficient for ATK Mohun Bagan to make it to the play-offs.

Also if they manage to win all their remaining games they will automatically qualify as that will mean that FC Goa can reach a maximum of 32 points. If they manage to get 30 points, then Hyderabad will only have to worry about NorthEast and FC Goa since none of the bottom six teams can surpass that mark.

NorthEast United have the easiest run as their last four matches are against the bottom four teams on the league table, Odisha FC, Chennaiyin FC, East Bengal and Kerala Blasters.

The Highlanders will go through if they win their remaining matches considering Goa and Hyderabad have to face each other in their last match. If they manage to get to 30 points, then NorthEast will only have to worry about Hyderabad and FC Goa since none of the bottom six teams can surpass that mark.

If they will their remaining matches which includes Hyderabad FC in their final game then they will make it to the play-offs as the Nizams will be left behind with 32 points. If they manage to get to 30 points, then FC Goa will only have to worry about NorthEast and Hyderabad since none of the bottom six teams can surpass that mark.

The former ISL champions take on Jamshedpur FC, FC Goa, NorthEast United and Kerala Blasters in their last four games and full points from all those ties will see them get to 29 points.

With 29 points, Chennaiyin will also hope that Jamshedpur drop two points and two out of Hyderabad, NorthEast United and FC Goa do not get more than five points in their final four matches.

East Bengal’s win against Jamshedpur in their last match kept the Red and Golds in the hunt for a top-four berth but their chances are bleak. Their last four matches are against Hyderabad FC, rivals ATK Mohun Bagan, NorthEast United and Odisha FC.

The Red and Golds have to get 12 points from their last four matches which will take their point’s tally to 28. They will also hope that two out of Hyderabad, NorthEast United and FC Goa do not get more than four points in their last four ties. Also, Bengaluru must drop points, Jamshedpur must lose at least one game and Chennaiyin should drop points in one out of their remaining matches.

Much like East Bengal, Kerala Blasters too have to win their remaining four matches which are against Odisha FC, Hyderabad FC, Chennaiyin FC and NorthEast United which will take their tally to 27 points.

After that they must hope that two out of Hyderabad, NorthEast United and FC Goa do not get more than three points in their last four ties and Bengaluru, Jamshedpur, Chennaiyin and East Bengal drop five, four, three and three points respectively in their remaining matches.

Wed Feb 10 , 2021
The Red Eagles boss feels his boys deserved to get a win from their league match against the Venoms at Wankulukuku Express FC coach Wasswa Bbosa has blamed missed chances for the team’s 1-1 draw against Vipers SC in a Ugandan Premier League match played on Tuesday. The Red Eagles […] 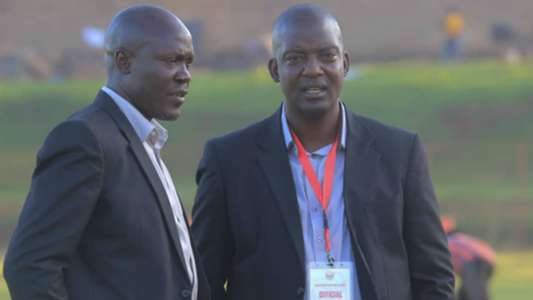