Kerala Blasters have complicated their playoff chances after a draw with Odisha….

While it is still mathematically possible for the Yellow Army to get to the playoffs, the draw has significantly complicated their route.

The Mariners are the closest to confirm a play-offs berth. Their next four matches are against Jamshedpur, East Bengal, Hyderabad and Mumbai City respectively. They need just a point to book a top-four berth. Also, if Hyderabad drop points against East Bengal on Friday then 33 points which they have at present will be sufficient for ATK Mohun Bagan to make it to the play-offs.

Also if they manage to win all their remaining games they will automatically qualify as that will mean that FC Goa can reach a maximum of 32 points. If they manage to get 30 points, then Hyderabad will only have to worry about NorthEast and FC Goa since none of the bottom six teams can surpass that mark.

NorthEast United have the easiest run as their last four matches are against the bottom four teams on the league table, Odisha FC, Chennaiyin FC, East Bengal and Kerala Blasters.

The Highlanders will go through if they win their remaining matches considering Goa and Hyderabad have to face each other in their last match. If they manage to get to 30 points, then NorthEast will only have to worry about Hyderabad and FC Goa since none of the bottom six teams can surpass that mark.

If they will their remaining matches which includes Hyderabad FC in their final game then they will make it to the play-offs as the Nizams will be left behind with 32 points. If they manage to get to 30 points, then FC Goa will only have to worry about NorthEast and Hyderabad since none of the bottom six teams can surpass that mark.

Jamshedpur FC next face ATK Mohun Bagan, Mumbai City and Bengaluru in their final three matches. If Jamshedpur win all their remaining matches they will reach 30 points and if two out of Hyderabad, NorthEast United and FC Goa fail to get more than six points in their final four matches, they can qualify.

The former ISL champions next take on FC Goa, NorthEast United and Kerala Blasters in their last three games and full points from all those ties will see them get to 26 points.

With 26 points, Chennaiyin will hope that one out of Hyderabad and NorthEast United drop 10 points in their last four fixtures and Goa do not get more than three. If Goa and Chennaiyin are tied on 26 points then Chennaiyin go through with a better head to record.

Among the bottom-placed teams, Jamshedpur should not get more than four points in their last three games and Bengaluru must lose at least one out of their remaining matches for Chennaiyin to progress.

East Bengal’s win against Jamshedpur in their last match kept the Red and Golds in the hunt for a top-four berth but their chances are bleak. Their last four matches are against Hyderabad FC, rivals ATK Mohun Bagan, NorthEast United and Odisha FC.

The Red and Golds have to get 12 points from their last four matches which will take their point’s tally to 28. They will also hope that two out of Hyderabad, NorthEast United and FC Goa do not get more than four points in their last four ties. Also, Bengaluru must drop points, Jamshedpur must lose at least one game and Chennaiyin should drop points in one out of their remaining matches.

Like East Bengal, Kerala Blasters too must win their remaining three matches which are against Hyderabad, Chennaiyin and NorthEast United and three wins will take their tally to 25 points.

Thu Feb 11 , 2021
The reigning European champions will be without the German striker when they take on Tigres in Doha Bayern Munich frontman Thomas Muller has tested positive for Covid-19 ahead of the Club World Cup final. Muller will miss Bayern’s clash with Mexican outfit Tigres on Thursday after being diagnosed with coronavirus, […] 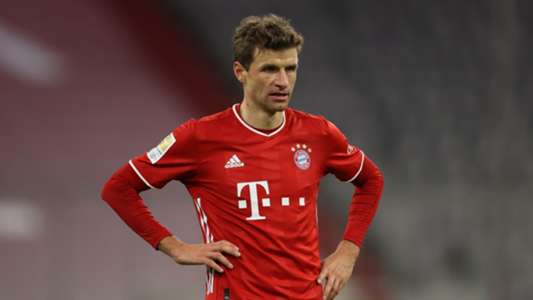