Jamshedpur FC kept their top-four hopes alive as they created an upset by beating Mumbai City FC on Saturday in an Indian Super League (ISL) clash.

With Mumbai’s defeat in their 18th match, ATK Mohun Bagan are now favourites to finish the league at the summit as they now have a clear five-point lead.

If they win their remaining matches which includes Hyderabad FC in their final game then they will make it to the play-offs as the Nizams will be left behind with 30 points. Since they have reached a tally of 27 points, then FC Goa now only have to worry about NorthEast and Hyderabad since none of the bottom six teams can surpass that mark.

Jamshedpur FC’s play Bengaluru FC in their last match. If they win that tie they will reach 27 points. They then have to hope that two out of Hyderabad, FC Goa and NorthEast United lose both of their matches.

Sat Feb 20 , 2021
The games were part of the matchday eight action that were played across different venues in the country on Saturday Struggling Kampala Capital City Authority picked their second-biggest win of the season when they downed Malaba Youth Sports Association 5-0 in Lugogo. Moses Aliro scored the opener in the fifth minute […] 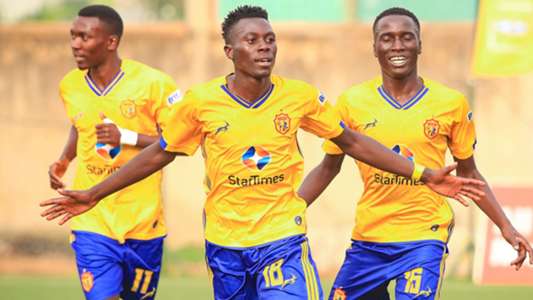