NorthEast United took a step further towards qualification to the play-off with a convincing win over Odisha FC. Their three points also meant that Chennaiyin were officially out of the race to a top-four finish.

In the second match of the day, Jamshedpur FC complicated their path to the play-offs after going down 0-1 against already qualified ATK Mohun Bagan.

The win against Odisha took the Highlanders inches closer to play-offs qualification. Another win and NorthEast United will be beyond the reach of the teams ranked from sixth to 11th. Their last three matches are against Chennaiyin FC, East Bengal and Kerala Blasters.

If they win their remaining matches which includes Hyderabad FC in their final game then they will make it to the play-offs as the Nizams will be left behind with 30 points. If they manage to get to 27 points, then FC Goa will only have to worry about NorthEast and Hyderabad since none of the bottom six teams can surpass that mark.

If they manage to win all their remaining games they will automatically qualify as FC Goa can reach a maximum of 30 points. If they manage to get 27 points, then Hyderabad will only have to worry about NorthEast and FC Goa since none of the bottom six teams can surpass that mark.

With NorthEast United reaching 26 points after their win over Odisha ad just two matches left in their campaign, Chennaiyin can reach a maximum of 24 points which is same as FC Goa and Hyderabad FC’s current tallies and the Nizams pip them on the head to head record and thus the Marina Machans are officially out of the race for the play-offs

East Bengal’s draw against Hyderabad complicates their path to the play-offs. Their last three matches are against rivals ATK Mohun Bagan, NorthEast United and Odisha FC.

The Red and Golds have to get nine points from their last three matches which will take their point’s tally to 26. They will also hope that two out of Hyderabad, NorthEast United and FC Goa do not cross the 26-point mark. Also, Jamshedpur and Bengaluru must lose one game and draw one, and Chennaiyin drop points in their remaining matches.

Like East Bengal, Kerala Blasters too  must win their remaining three matches which are against Hyderabad, Chennaiyin and NorthEast United and three wins will take their tally to 25 points.

Sun Feb 14 , 2021
The Reds attacker insists the team will work hard to get back on track after their latest defeat Mohamed Salah has promised Liverpool fans that the team will “fight like champions” to turn their dismal form around. The reigning Premier League title holders suffered a third consecutive defeat on Saturday […] 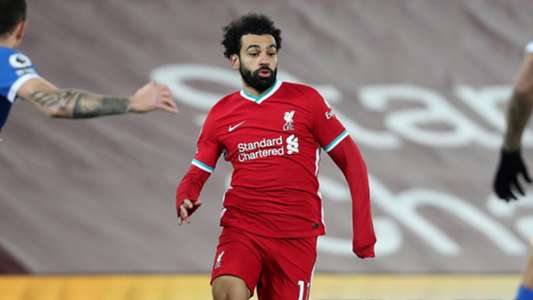