In a potential must-win game, Bengaluru FC got the better of Mumbai City FC and kept their hopes alive of making it to the play-offs of the ongoing Indian Super League (ISL) season.

Mumbai City’s defeat also meant that ATK Mohun Bagan consolidated their position at the top of the league table as they are now clear two points ahead of the Islanders after 17 matches.

The win against Odisha took the Highlanders inches closer to play-offs qualification. Another win and NorthEast United will be beyond the reach of the teams ranked from sixth to 11th. Their last three matches are against Chennaiyin FC, East Bengal and Kerala Blasters.

If they win their remaining matches which includes Hyderabad FC in their final game then they will make it to the play-offs as the Nizams will be left behind with 30 points. If they manage to get to 27 points, then FC Goa will only have to worry about NorthEast and Hyderabad since none of the bottom six teams can surpass that mark.

If they manage to win all their remaining games they will automatically qualify as FC Goa can reach a maximum of 30 points. If they manage to get 27 points, then Hyderabad will only have to worry about NorthEast and FC Goa since none of the bottom six teams can surpass that mark.

East Bengal’s draw against Hyderabad complicates their path to the play-offs. Their last three matches are against rivals ATK Mohun Bagan, NorthEast United and Odisha FC.

The Red and Golds have to get nine points from their last three matches which will take their point’s tally to 26. They will also hope that two out of Hyderabad, NorthEast United and FC Goa do not cross the 26-point mark. Also, Jamshedpur and Bengaluru must lose one game and draw one, and Chennaiyin drop points in their remaining matches.

Like East Bengal, Kerala Blasters too  must  win their remaining three matches which are against Hyderabad, Chennaiyin and NorthEast United and three wins will take their tally to 25 points.

FIFA 21 Ratings Refresh: When will the winter upgrades happen and which players will receive boosts?

Mon Feb 15 , 2021
Many players will receive increases to their overall ratings as the annual promotion returns in FIFA Ultimate Team At the beginning of each season, EA Sports gives ratings to every single player for the launch of the new FIFA game. However, as the season progresses, it becomes clear that some […] 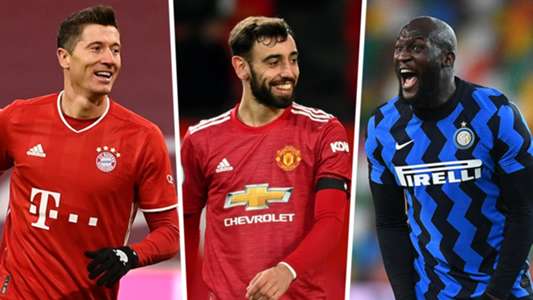