Nine matchdays into the 2020-21 Indian Super League (ISL), surprises, twists and turns have been scarce.

Two teams who were touted to be favourites to win the title have pulled away from the rest of the league in the standings and look good to stay as the top two teams until the very end as of now.

Mumbai City were busy assembling a strong squad before the season kicked off and their efforts are getting rewarded. They also have a proven manager in Sergio Lobera who is heavily involved in implementing his project at his new club after three years of enthralling fans with a beautiful brand of football with FC Goa. They are currently at the top of the table with 22 points from nine matches with a seven-point lead already from the third-placed team, Lobera’s former club Goa.

Antonio Habas’ ATK Mohun Bagan, which has the blueprint of the 2019-20 ISL champions ATK in terms of personnel, are also flying high at the second spot with 20 points from nine matches. Both Mumbai and Bagan have only lost one game this season and currently unbeaten in eight and five matches respectively.

Interestingly, these two teams stand on the opposite side of the football spectrum based on the method they undertake to win matches. Lobera’s Mumbai City have an innate desire to keep the ball for long periods of play and carve defences open with the vision and skill of their players. Habas’ Bagan are hell-bent on keeping the defence organized and as a result, they have the league’s best defence as it stands and have only let in three goals in nine matches.

Of the two teams, Mumbai have been far more impressive. They have managed to exhibit their style of play without leaking goals at the back like Goa did when Lobera first took charge of the Gaurs three years ago. They have a solid backline led by Mourtada Fall and Hernan Santana and one of the best custodians in the country in Amrinder Singh who is guarding the goal.

Hyderabad and Jamshedpur rank low in the passing and ball retention stats because they have played with more Indian players, with key foreigners indisposed.

Mumbai City midfielders Ahmed Jahouh and Hugo Boumous have been efficient in outclassing their opponents. Boumous has the most assists to his name in this season and even though Jahouh plays the role of a defensive midfielder, he has been the spine of Lobera’s team, averaging 88 touches per game with a passing accuracy of 79.2. Rowllin Borges also deserves credit for the sheer work rate that he provides when he is on the field.

With Adam Le Fondre in fine form in the final third, it is no surprise that they have the best shot conversion rate. But Le Fondre isn’t the only one who has starred as a striker this season. Bagan’s Roy Krishna has picked up from where he left off last with his match-winners for Bagan.

Le Fondre has a better shot on target-to-goals ratio compared to Krishna but three of Le Fondre’s first six goals were penalties, compared to Krishna’s one. The Fijian, though, has the worst shooting accuracy among the top five strikers.

Rafael Crivellaro and Brandon Fernandes have created a lot of chances but the wastefulness of their strikers have meant that their assist column makes for dismal viewing.

Both Bagan and Mumbai City look unstoppable at the moment but the league is only half done. Teams such as Jamshedpur and Hyderabad have shown glimpses of brilliance.

All stats used in this article are from @OptaJeev and were taken on January 4, 2021.

Thu Jan 7 , 2021
The Nigerian striker scored a brilliant goal that could have been the match winner Robbie Fowler’s team selection before the FC Goa match had raised a few eyebrows as he dropped five players from the East Bengal lineup which had registered the club’s first-ever win in the Indian Super League […] 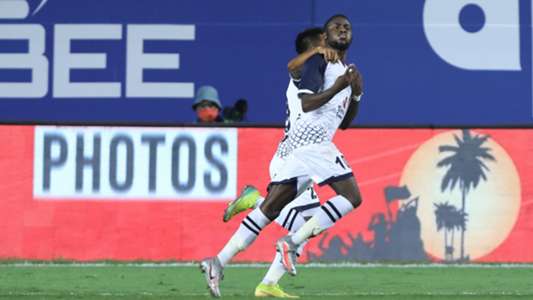