ATK Mohun Bagan’s Arindam Bhattacharya has kept as many as six clean sheets, at least two more than any goalkeeper in the ongoing Indian Super League (ISL) at the end of the year 2020.

He may have pulled off three less saves than Rehenesh TP (27) from the same number of games (8). But Rehenesh has faced four more shots (76) than Arindam which means the ATKMB goalkeeper possesses a superior save percentage (88.88%) than his Jamshedpur counterpart (81.81%).

ATKMB have let in the least number of goals let in (3) along with Mumbai City. However, the Mumbai custodian Amrinder Singh’s average of 0.43 goals conceded per game is higher than Arindam’s who has conceded 0.38 goals per game owing to an extra appearance in the goalless draw against Chennaiyin. In that game, Arindam put up a brilliant show.

The former ISL champion with ATK before the club merged with Mohun Bagan made several saves including denying Rafael Crivellaro in a one-on-one situation early on and fingertip saves to keep out Lallianzuala Chhangte, Reagan Singh and Memo.

Arindam was hardly troubled in the 1-0 win over Bengaluru and did enough to keep out FC Goa’s prolific attack in a match they won 1-0.

In fact, one of the goals that the 31-year-old conceded was from the penalty spot as Joao Victor found a way past Arindam in what was Hyderabad’s only shot on target in the 1-1 draw. Even in the 2-1 defeat at the hands of Jamshedpur where Nerijus Valskis scored two headers, there was not much Arindam could do about them.

The former Churchill Brothers goalkeeper started off the season with three clean sheets against Kerala Blasters, East Bengal and Odisha where  he showcased a safe pair of hands whenever called to action.

Arindam knows Antonio Habas from his time at FC Pune City and has now turned into the manager’s trusted man.

As strikers usually hog the limelight for their prolific performances, goalkeepers like Arindam Bhattacharya also deserve some plaudits.

Why Gor Mahia are struggling to win matches – Polack

Sat Jan 2 , 2021
The British tactician opens up on why the Kenyan champions will struggle to get positive results in the 2020-21 campaign Former Gor Mahia coach Steven Polack has blamed the club’s current poor run of results in both the Caf Champions League and FKF Premier League on the lack of stability at […] 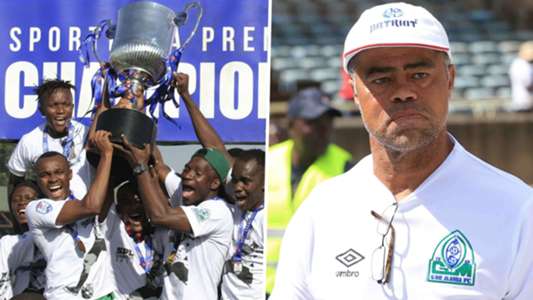