Sevilla director of football Monchi says out-of-favour Real Madrid midfielder Isco wants to leave the Liga giants – but his club have no interest in signing the Spain international.

Isco has rarely featured under Zinedine Zidane this season and has been linked with several other clubs, including Premier League side Arsenal, while Sevilla have also been rumoured to be interested.

Monchi said Isco’s name had come up in discussions with Sevilla club president Jose Castro about possible transfer targets, but that they had no real interest in bringing him in.

Monchi told Estadio Deportivo: “The conversation lasted approximately 15 or 20 seconds. It is news that has come out, he asked me and I said no, that was all the interest in Isco.

“We do not live in a basement and read things, but I talk to the president or vice-president on a day-to-day basis, and there are things that jump out and the president asks me if that is true and I say ‘Yes, yes, I have not told you’, but it is not the case with Isco.

“It is a rumour, a logical rumour, because he wants to leave and here is a coach with who he played at a high level, but there is absolutely nothing, not a movement.”

Asked if Sevilla might pursue Isco in the summer, Monchi said: “Fortunately in that position we have very interesting players. It is one of the positions on the pitch about which we can be calmer. In the positions that Isco can play, we have players here that will give us good performances.”

What has happened to Isco?

The 28-year-old midfielder is a player of undoubted talent, but he has found himself out of favour under Zidane this campaign, playing just 15 games in all competitions, with only four starts and 497 minutes of total action. The only game where he has played 90 minutes or more was in the Copa del Rey, where Real were humbled by third-tier Alcoyano.

This has led to talk of a transfer away from Madrid, and he was linked with a loan switch to Arsenal in January – only for the Gunners to bring in his Real team-mate Martin Odegaard instead.

Sevilla are managed by Julen Lopetegui, under who Isco was a regular during his spell as Spain boss and in his brief stint as head coach at Santiago Bernabeu – however it appears, if Monchi’s comments are to be believed, that there is little substance to this transfer talk.

Klopp gives injury update on Fabinho, Keita and Jota ahead of Liverpool's trip to Leicester

Fri Feb 12 , 2021
The Reds will be without their Brazilian star for Saturday’s game at the King Power Stadium – but two of his team-mates are close to a return Jurgen Klopp has confirmed that Fabinho will miss Liverpool’s trip to Leicester on Saturday through injury. But the Reds boss revealed that both […] 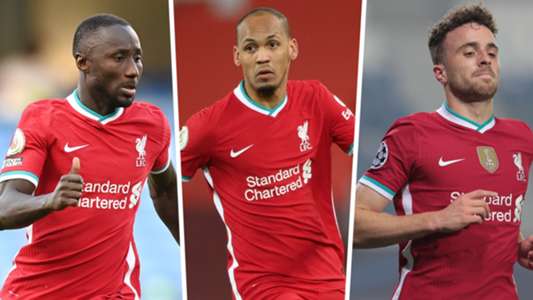