With a 1-1 draw against Chennaiyin FC, Sergio Lobera’s Mumbai City scripted an Indian Super League (ISL) record on Monday evening as they become the first team in the history of the league to remain unbeaten in 12 consecutive matches in one season.

The Islanders eclipsed Bengaluru FC’s record of 11 unbeaten games, a feat which the Blues had achieved in the 2018-19 season under Carles Cuadrat.

It was a match which could have gone either way as both teams created several goal scoring opportunities. Mumbai City had more of the ball throughout the game and played more passes but Chennaiyin too posed a lot of threats from their quick counter-attacks.

Since the defeat in their season opener against NorthEast United, Mumbai City have been invincible and have performed with a measure of solidity interspersed with flair. However, at times they have shown a touch of complacency creeping in which was one of the reasons they did not pick up full three points against Chennaiyin FC.

Example, Ahmed Jahouh’s overconfidence against Chennaiyin which led to the equalising goal. The Moroccan tried to dribble past forthcoming Jakub Sylvestr inside the penalty box and when the Chennaiyin forward snatched the ball from him, Jahouh ended up committing a foul and give away a penalty. In fact, Jahouh has played with fire in dangerous positions in earlier matches as well.

Since their win over ATK Mohun Bagan, Mumbai City have actually struggled in parts in all their games. They’ve not maintained their intensity throughout games. They were on the backfoot for long periods against Hyderabad FC, they were outplayed in the second half against East Bengal and a moment of overconfidence saw them get punished by Chennaiyin FC.

While there is no doubting the quality of Sergio Lobera’s side, the Spanish coach must address the complacency issue then and there so that incidents like Jahouh’s gift to Chennaiyin does not happen any further this season.

If you make such mistakes in crucial games, all the hard work Mumbai City have done will go down the drain.

The Marina Machans continued to remain wasteful in front of the goal as they once again failed to convert the many goalscoring chances they created during the match. Csaba Laszlo fielded both his foreign forwards in Jakub Sylvestr and Esmael Goncalves upfront in a bid to score more goals.

However, Esma is not a natural goalscorer while Sylvestr is extremely low on confidence. Also, the lack of supply of quality deliveries down the middle has affected the team’s scoring prowess. With Rafael Crivellaro out for the season and Anirudh Thapa temporarily out nursing an injury, Chennaiyin are out of creative players at the centre of the park.

The Chennaiyin boss rued missing a creative attacking midfielder and suggested after the match that he can’t wait to field new recruit Manuel Lanzarote from whom he is expecting the much-needed creativity. “We have a decent defence and a decent holding midfielder but after some time we are missing activities in the midfield. Hopefull Lanza (Manuel Lanzarote) will give us the push that we need especially in the attacking midfield and we can be more dangerous,” said the Romanian-Hungarian coach.

Lanzarote needs to have an instant impact in this Chennaiyin side so that the two-time ISL champions collect maximum points in their final seven league stage matches and manage to get a top-four berth.

Tue Jan 26 , 2021
Simba SC have completed the signing of Highlanders FC defender Peter Muduhwa ahead of the resumption of the Tanzania Mainland League. The 21-time champions have been strengthening their squad to ensure they meet their set targets in the ongoing 2020/21 campaign. Wekundu wa Msimbazi have confirmed the arrival of the […] 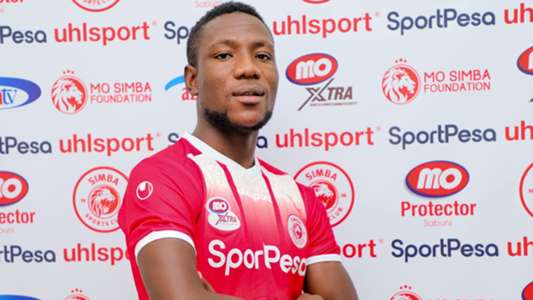