Lazio have also made two changes to their side from their win over Cagliari in their last outing. Patric and Hoedt start in the back three to replace Musacchio and Radu, with the latter being a late withdrawal in the warm-up.

Inter have made one change to their side from their draw against Juventus during the week. Perisic gets the nod to start on the left flank as Darmian drops to the bench. Martinez and Lukaku spearhead the attack, while Conte keeps faith with the midfield trio of Barella, Eriksen and Brozovic.

Lazio are in prime form entering the match after winning their last six matches on the bounce in Serie A. Simone Inzaghi’s men have put themselves in contention for a top-four place and are sitting only nine points off the pace of AC Milan at the top of the table. A victory today would close the gap on the Rossoneri as well as Inter. Ciro Immobile’s strike was enough to overcome Cagliari last time out .

Inter were knocked out of the Coppa Italia in the semi-finals by Juventus during the week. Antonio Conte’s men failed to respond to their 2-1 loss in the first leg, drawing 0-0 at Allianz Stadium. The Nerazzurri now have to turn the page to focus on Serie A where they can move to the top of the table with a victory tonight. The club are unbeaten in their last five league matches heading into the contest.

Good evening and welcome to the live commentary of the Serie A clash between Inter and Lazio at San Siro.

Boca Juniors vs River Plate on US TV: How to watch Liga Argentina matches

Sun Feb 14 , 2021
The new Argentine season begins this weekend with a number of big clashes, among them Gimnasia’s visit to the Bombonera Argentine football begins its program for 2021 with the playing of the Copa Liga Profesional. All games are live streamed on Fanatiz and you can sign up to watch free here. […] 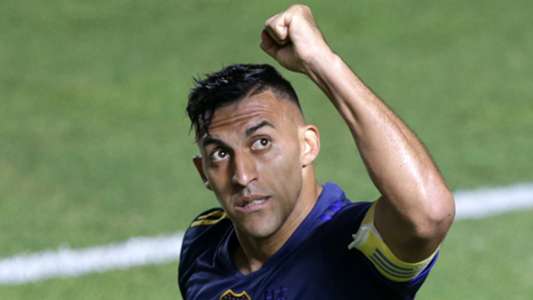