Former US Open finalist Greg Rusedski says that playing best-of-five set matches at the upcoming Grand Slams this year if they take place would be a challenge for Andy Murray, who has not played on the tour since October.

In an interview to the Tennis365 website, Rusedski says, “It will be interesting to see where Andy’s body will be at when he comes back.

He had more problems with his hip at the Davis Cup in November and when you have the bone growth issue that he had, trying to play best of five-set matches may be a challenge if he was to try and play at the US Open or the French Open.

It is still a work in progress for Andy at this stage and there are still a lot of question marks around what he can achieve after all his injury problems.” Rusedski says Murray’s win at Antwerp last year was an incredible achievement but it remains to be seen how he would fare in actual matches once he returns.

“His win in Antwerp last year was a phenomenal performance. Once again, Andy showed how incredibly mentally he was to beat Stan Wawrinka in the final. It was a tremendous, tremendous win and that’s why we can never write Andy out of the equation.

When you have had a long spell out of the game, you cannot bluster your way into a three out of five-set match too easily. It is tough on the body and you can never replicate a match scenario when you are on the practice courts.”

Murray will return to the courts in London later this month for the Schroders Battle of the Brits event, to be staged at the LTA’s National Tennis Centre in south London. Andy Murray is a three-time Grand Slam tournament champion, two-time Olympic champion, Davis Cup champion, winner of the 2016 ATP World Tour Finals, and former world No.

Sun Jun 14 , 2020
The outcome of Sunday’s contest left the Africans with some disappointments while another had a great feelings of joy on their debuts Nigeria’s Bupe Okeowo and Burundi’s Zabibu Nduwimana endured mixed fortunes on their debuts as Sandvikens thrashed Sunnana 5-1 in Sunday’s Swedish Elittetan opener.   Nduwimana joined newly promoted […] 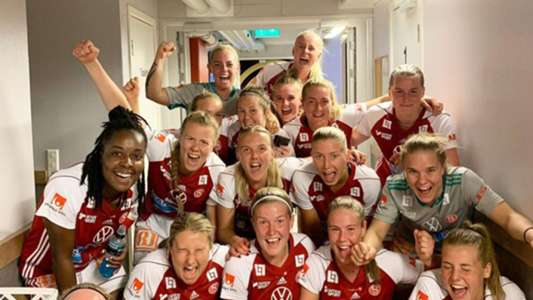