Romelu Lukaku has further cemented his place among the modern European greats after notching up a career haul of 300 goals, hitting the triple-century mark with a brace for Inter on Sunday.

The Belgium striker has rediscovered his most prolific form since swapping Manchester for Milan and becomes the latest player to join an exclusive club after nabbing a double in his side’s Serie A 3-1 win over Lazio.

The 27-year-old converted from the penalty spot midway through the first half at San Siro to go one shy of the milestone mark, before bringing up the magic number with a close-range finish on the stroke of the interval. He later grabbed an assist as Inter went top of the table.

Over a decade after netting the first senior goal of his career for Anderlecht against Zulte Waregem in August 2009, the forward shows no sign of slowing down, with his latest pair of efforts taking him to 56 goals across all competitions for Antonio Conte’s side.

It is a remarkable return for the player, who has made only 80 appearances for the Nerazzurri since his arrival from Manchester United, comfortably the best goals-per-game yield of his career.

In addition, his successful penalty kick conversion means he preserves his perfect record from the spot for the Italian outfit, with 10 goals from 10 attempts – a figure unmatched by any other player in Europe’s top five leagues in the past two seasons.

The attacker’s half-century-plus of goals for his current club is only the tip of the iceberg on a career that has seen him play for six clubs across three countries, as well as amass an impressive international haul.

Having netted 41 times for Anderlecht, Lukaku earned a move to Chelsea, where he struggled to impress and break through into the senior set-up, failing to net a single goal during his spell with the Blues.

A loan move to West Bromwich Albion yielded a further 17 finishes before he swapped London for Merseyside and launched himself towards the stratosphere at Everton.

His 87 goals during his time with the Toffees ultimately earned him a move to Manchester United, where he added 42 more goals to his tally – yet was considered by many to have underperformed.

His move in 2019 to San Siro has revitalised his career, serving as a powerful reaffirmation of his talents – while since an international debut in 2010, he has netted 57 times for his country in 89 games.

Sun Feb 14 , 2021
The Blues boss spoke about what he wants from his strikers and what has impressed him about his side’s leading hitman Thomas Tuchel said he’s been impressed with Chelsea striker Tammy Abraham, who became the first forward to score since the German took over as manager in Thursday’s 1-0 win against Barnsley in […] 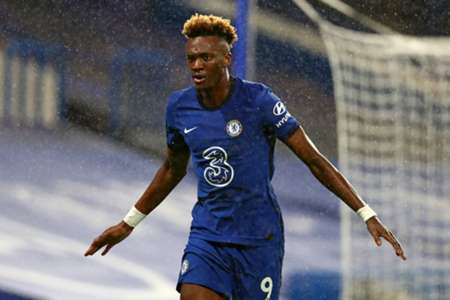