Yema Mwana and Benjamin Mosha were the scorers on the day for the Mombasa-based outfit who are yet to appoint a new coach.

Bandari were the first side to grow into the game but took nine minutes to launch a meaningful attack. They earned a corner after clinical movement from the midfield but Mwana, after connecting with Shaban Kenga’s delivery saw his header land straight on Samuel Onyango hands in Western Stima’s goal.

The hosts created yet another promising chance in the 13th minute but Nicholas Meja’s attempt hit the woodwork and the ball went out as Western Stima got a minute to re-strategise against a determined opponent.

Kenga again was in the middle of a well-engineered move in the 17th minute when he manoeuvred along the right-wing and outfoxed Baron Oketch before he laid the ball on William Wadri’s path. The Ugandan could not get an opener though as he shot wide despite having no opponent close.

Bandari, who are yet to confirm a new head coach – although they are in talks with Casa Mbungo – since Ken Odhiambo left for Sofapaka, wasted another chance in the 20th minute. Danson Chetambe dribbled past a number of Western Stima opponents, squared the ball for Mohamed Siraj and the midfielder put a low cross in to Darius Msagha but the forward failed to tap home from close range.

The coastal side had to make a change in the 40th minute when Mukisa Junior dangerously tackled Kenga who consequently left the field – as Mosha came on – with a suspected broken leg.

Bandari’s hard work was rewarded in the 43rd minute when Mwana scored their first goal of 2021. Msagha delivered a nice cross which was collected by Wadri and the Ugandan shot but Onyango once again denied him.

Onyango, perhaps under pressure in a crowded penalty area, punched Wadri’s shot a few metres in front but unfortunately, Mwana was on standby to slot home.

The Dockers doubled the lead in the 50th minute as Chetambe, Siraj, and Collins Agade combined well before producing a final cross that Mosha tapped into the net.

Bandari made another change in the 68th minute when Agade limped off and Dan Guya took his place. They had to play with 10 men after Wadri got injured but since they had exhausted the substitution slots, they had to complete the game with fewer men.

The injury list grew after the game as Abdallah Hassan, Johana Mwita and Michael Wanyika all missed the encounter due to various problems.

Meanwhile, at Moi Stadium in Kisumu, Bidco United picked up a 1-0 victory against Vihiga United. The only goal of the game was scored by Nelson Chieta in the 37th minute.

Sun Jan 3 , 2021
1′ We’re underway at Stamford Bridge. Chelsea have won their last two Premier League home games against Manchester City, last winning more consecutively against them at Stamford Bridge between 2006-2009 (4). City are without a host of players due to their Covid-19 outbreak. Ederson, Nathan Ake, Ferran Torres, Aymeric Laporte, […] 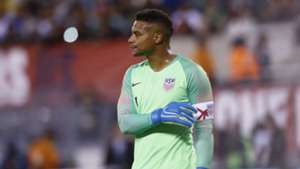