Kerala Blasters’ defending has cost them points once again…

Kerala Blasters have conceded 29 goals in 17 matches this season in the Indian Super League (ISL). That is eight more goals than the next worst defence among teams competing for the playoffs.

That’s a dismal record for a team competing for top-four and ultimately, defending is what is going to cost Kibu Vicuna and his team a spot in the knockout round if the ISL this season.

Blasters played out a 2-2 draw against Odisha on Thursday in what was their 17th league game and the stalemate meant that the Yellow Army is now winless in their last five matches.

There were no real surprises in Vicuna’s lineup for the game. Sahal Abdul Samad continued to feature on the left flank and midfielder Jeakson Singh once again partnered Costa Nhamoinesu at centre-back. One of these players playing in an unfamiliar role did well and the other failed to impress.

Malayali midfielder Sahal, after having gotten off to a slow start this season, was influential in Blasters’ attacks with his playmaking abilities from the flanks. Most of what Kerala did well went through Sahal and the strike partnership Jordan Murray and Gary Hooper benefitted from the vision of a player like Sahal.

But Jeakson Singh once again struggled in what is already an out-of-form backline. The young Indian midfielder is yet to get to grips with his new position and the poor displays from the rest of the defenders in the team have only put more pressure on him to perform.

After 45 minutes of an uninspiring one-way contest which was in favour of Blasters, it was Diego Mauricio who picked up from where he left off the last time he came up against the Blasters defence. He picked up Jerry Mawihmingthanga’s ball into the box, evaded Albino Gomes’ challenge and slotted home to open the scoring with the defence helplessly looking on.

Kerala Blasters, who failed to convert multiple chances in the first half, got their equaliser soon after the break. A mistake by Jacob Tratt allowed Hooper to pick out Murray inside the box who beat Arshdeep Singh with a neat strike.

Blasters looked rejuvenated after the break and it was their turn to mount a comeback and having conceded the first goal, for a change this season. Hooper, who impressed with his movement alongside Murray, made a clever run into the box from the left side, collected a delightful pass from Sahal and found the net with aplomb.

However, instead of putting the game to bed, the Yellows allowed their opponents, who they had thoroughly outplayed in the first half, to exert pressure on their already vulnerable defence. And Blasters were punished by the same person who put their defence to the sword when these two teams met earlier this season.

Hooper, who registered a goal and an assist, Murray, who has the most touches by any player in the opposition’s box this season and the improving left-winger Sahal showed that they are the players who can get the team to the playoffs. However, their poor defending is costing the team valuable points.

The path to the playoffs is now complicated and the team, although mathematically is still in the race,  is highly dependant on other results. And they are where they are because of their defensive displays. No other team has dropped more points from winning positions than Blasters who have thrown away a total of 18 points – which is more than their points tally after 17 rounds of ISL 2020-21.

FC Goa's Glan Martins on that long-ranger: The late Peter Vaz told me I should shoot from distance

Fri Feb 12 , 2021
Glan couldn’t help but admit that he would like to earn a permanent deal with the Gaurs… Goan midfielder Glan Martins announced himself well and truly in FC Goa’s 3-3 draw against Mumbai City by scoring his first goal in the Indian Super League (ISL). The 26-year-old had moved to FC […] 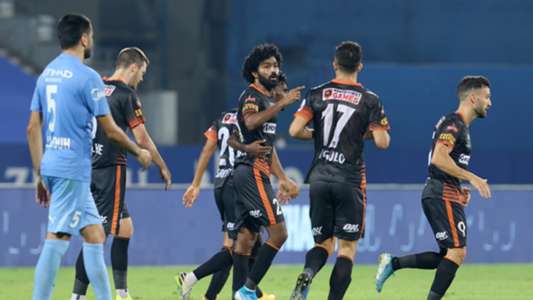