Australia’s Alex de Minaur says he is ready to get back out in the real world and start competing if the tennis circuit resumes after living through the current crisis in Spain, which is one of the most badly affected regions.

Alex de Minaur on the US Open

Speaking to the Sydney Morning Herald, de Minaur says, “Ultimately, if it was up to me, I’m ready to come back and play. And at the end of the day, all the training I do is to go out there and compete.

That’s what I’m ready for and that’s what I want to get back to as soon as I can. But you don’t just have to think about yourself. Normally, you take a team with you. They have to be on board as well because you don’t want to make them do something that they don’t want to do.”

De Minaur says he also understands where the other players, who are reluctant to travel to the US Open under the strict protocols, are coming from. “Different players will feel more or less comfortable about the situation.

Obviously I’ve been through the worst part of it being in a country like Spain that has been hit very hard. In a way, that makes me feel like I’m now ready for anything. I know the protocols I need in place to make sure I am as safe as possible and make sure I do all the right things with hygiene.

In a way, I’ve been trained because of the situation I’ve gone through. I’m ready to get back out there in the real world.” de Minaur says it has been difficult being motivated during the lockdown without a target return for the tour.

“We’re used to travelling all over the place, not spending more than one or two – three weeks max – in one place. All of a sudden you’re stuck in the same place. You obviously try to keep motivated and keep having the return of competition in the back of your head.

But even that was hard because we still don’t know when that is going to be.” 21 year old Alex de Minaur reached a career-high ATP singles ranking of No. 18 in October 2019. He has won 3 career ATP singles titles. He is currently ranked No. 26 in the world.

Sat Jun 13 , 2020
The Frenchman admits that he’s found it “flattering” to be linked with the Gunners, but he remains committed to his duties with the Hoops Odsonne Edouard has played down talk of a potential summer move to Arsenal, insisting he would “love to be a part” a tenth straight title win […] 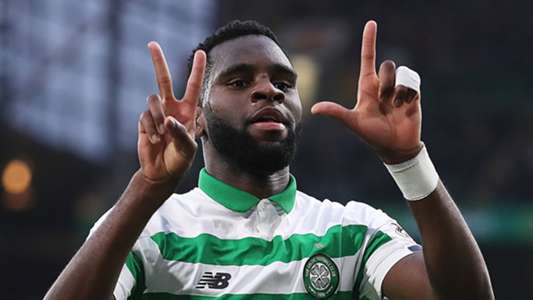