The midfielder’s continuity at Old Trafford has long been in doubt, but he is happy with his current situation at the club

Paul Pogba has affirmed that he is happy with life at Manchester United and will talk to the club over a possible extension to his contract.

The midfielder’s future at Old Trafford has been a topic of heated conversation for years, with Pogba constantly linked to a move away.

Former club Juventus are one possible suitor, while Real Madrid have also been mentioned as a potential destination.

Pogba’s contract at United expires in June 2022, meaning that this will be the last opportunity the Red Devils have to either cash in on their star or sign a new deal.

And the France international is open to the latter possibility as he basks in what is turning out to be a fine campaign for Ole Gunnar Solskjaer’s charges.

“I’m on contract, I’m here, I’m enjoying myself,” he explained to former United and England defender Rio Ferdinand in an interview with  BT Sport .

“Everybody knows that I have one year left, I’m going to speak with the club, see what’s going on.

“For now my goal, my objective is to win something, all I am thinking about is winning, to bring my energy, give my best to help the team.”

Pogba has enjoyed a sharp upturn in form in recent weeks, which has in turn inspired United as they rose to the top of the Premier League.

But the player will not rest on his laurels, and warned there was better yet to come from him.

“Is this the best Pogba for Man Utd? I hope not! I hope I can do even better,” he added.

“I hope we can carry on and keep doing better until the end of the season, and win something.

“It’s always nice to feel good, be in form, be fit, start playing again, go on 90 minutes for four, five games, to play all the games for six months, that’s what I want to do.”

United’s last clash saw them prevail 3-2 over Liverpool in a thrilling FA Cup tie at the weekend and they are back in action on Wednesday, when they host Sheffield United at Old Trafford. 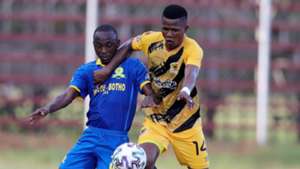