Thomas Tuchel handed Kepa his first Premier League start in four months against Newcastle on Monday, and he produced a good performance during the 2-0 victory at Stamford Bridge.

The Spaniard, who joined the Blues for a club-record fee of £71 million ($98m) in 2018, lost his place between the sticks in 2020 after a series of disastrous displays but Giroud has been impressed by his reaction to adversity behind the scenes.

“I’m happy for him,” added Giroud. “He’s stayed focused on his job and committed to what he has to do. Every day at training he is working hard to be ready when the manager will ask him to play and he played very well I think, like the team.”

Has Kepa regained the No 1 jersey?

Kepa will likely have to continue serving as Chelsea’s second choice goalkeeper between now and the end of the season, despite his exploits during the win over Newcastle.

The 26-year-old also recorded a shut-out in an FA Cup fifth-round victory at Barnsley last week, but Tuchel is planning to restore Edouard Mendy to his line up when the Blues take on Southampton in the Premier League on Saturday.

“Edou is the No 1, this is clear,” the Chelsea boss said after his side’s latest win. “It was clear before the game and it stays like this.

“I am happy Kepa continued with a second clean sheet. It was the moment to let him feel the rhythm and build up his confidence.

“It was clear before that we hoped for the best performance, but Edou will be in goal from now on as he recovered physically and mentally and right now, he is the No 1.”

Wed Feb 17 , 2021
The African body have now asked the Angolan side to play the two fixtures in Dar es Salaam after the first leg was cancelled Confederation of African Football has ordered Namungo FC and Primeiro de Agosto to play their two-legged Caf Confederation Cup fixture in Tanzania. The Tanzanian domestic Cup winners […] 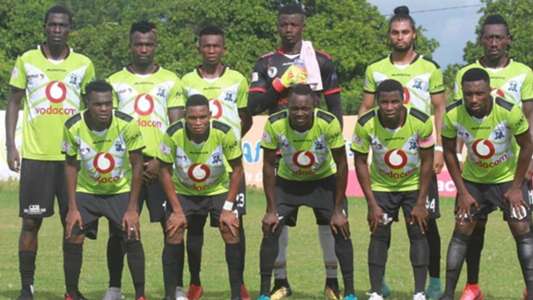