Pierre-Emile Hojbjerg has sent a message to Josh Dasilva after his horror tackle in the Carabao Cup semi-finals, supporting the Brentford star before joking that the forward owes him “a new shin pad”.

Tottenham progressed to the final of the League Cup by beating their Championship opponents 2-0 on Tuesday night.

Goals from Moussa Sissoko and Son Heung-min secured the win, with the visitors reduced to 10 men in the latter stages of the game.

Dasilva was shown a straight red card for a dangerous challenge on Hojbjerg which left the midfielder bleeding from several parts of his shin.

Spurs head coach Jose Mourinho was left shocked by the damage caused but refused to condemn the Brentford striker in his post-match interview.

“It was for sure a bad tackle because he is bleeding a lot and the shin pad is broken,” said Mourinho.

“That is football. Dasilva is a young guy and a good player so in the heat of the game there is nothing to be critical of.”

Dasilva took to social media after the game to defend his character, writing on Twitter: “Anyone that knows me, knows it was never intentional… will learn from this.”

Hojbjerg attempted to put the midfielder’s mind at ease in his response to the post, giving a positive update on his condition before wishing him well for the future.

You have a great future ahead @joshdasilva_ .
Be strong & keep working hard.
Best of luck to you and your team.
Big hug,
Pierre-Emile Højbjerg. https://t.co/D6fL12OyQx

“Of course you didn’t mean it. So don’t worry. I’m a Viking and I am fine. But… you owe me a new shin pad,” the Tottenham star wrote.

“You have a great future ahead. Be strong and keep working hard. Best of luck to you and your team. Big hug, Pierre-Emile Hojbjerg.”

Spurs will now look forward to their first domestic cup final since 2015, with a clash against either Manchester United or Manchester City at Wembley set to take place on April 25.

Wed Jan 6 , 2021
The duo has been picked as the outstanding individuals for the competition before it went on a temporary break because of Chan Kampala Capital City Authority (KCCA FC) striker Brian Aheebwa and UPDF head coach Kefa Kisala have been voted the player and coach of the month of December 2020 […] 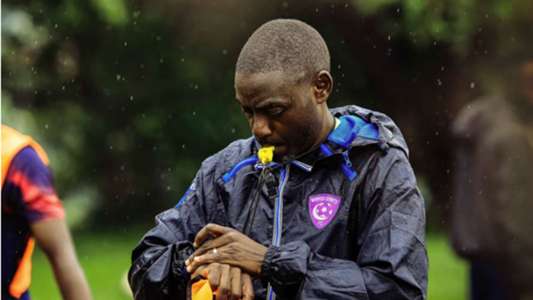