U.S. women’s national team (USWNT) star Megan Rapinoe says she hopes female athletes will be able to secure equal pay and will no longer be forced to supplement their athletic careers with off-field earnings.

Rapinoe and the rest of the USWNT have been huge advocates for equal pay, having been in a legal battle against U.S. Soccer for several years, with a judge ruling against the team last year in their pay discrimination claim.

U.S. congresswomen Doris Matsui and Rosa DeLauro recently introduced the Give Our Athletes Level Salaries (GOALS) Act, which aims to ensure the USWNT is paid “fair and equitable wages” compared to the men’s team.

Editors’ Picks
What did Rapinoe have to say?

“Knowing how much is required of us to make a lot of money and all that extra work, I do hope one day that players can just play and if they want to do stuff off the field, great,” Rapinoe told E!.

“I absolutely will be jealous and I’ll probably be like that jaded older player,” she joked. “I’ll never pay for anything around them ever again! They can pay for everything because I’ll know they’ll have it!”

Rapinoe on the Olympics

Rapinoe and the USWNT are set to take part in this summer’s Olympics, with the U.S. among the favorites to win gold in Tokyo.

The USWNT star said earlier this week that she is “optimistic” that the rescheduled tournament will be able to go ahead this summer despite the still-ongoing coronavirus pandemic.

Regardless what happens in the coming months, Rapinoe says she will be fit and ready to go after opting out of NWSL matches in 2020.

“I’m preparing for the Olympics, period,” she said. “Eventually somebody will tell me if it’s canceled or not. I have no control over that, but I know what it takes to be prepared and I know what I have to do.

“I feel like it would be a really special and positive and hopeful thing – but if it doesn’t, it’s okay too.”

Sun Mar 21 , 2021
The Angola international was saddened by his team’s performance as they crumbled at home to Franky Vercauteren’s Great Old Clinton Mata claimed that ‘happiness wasn’t on the side’ of Club Brugge following Sunday’s 2-0 home defeat to Royal Antwerp. The Blue-Black came into the encounter following their 4-0 obliteration of […] 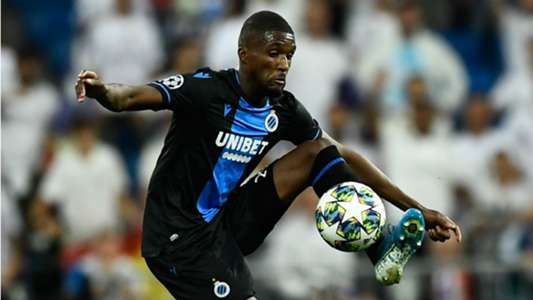