Kelechi Iheanacho has urged Leicester City to build on their fine performances against Fulham on Wednesday night.

The Nigeria international made a telling impact in the encounter, ending a 15-game Premier League drought with his 17th-minute strike,  to help Brendan Rodgers’ men secure a 2-0 victory at Craven Cottage.

The victory ensured the King Power Stadium outfit returned to winning ways after losing against Leeds United last time out.

Leicester have now moved to the third spot on the Premier League table after gathering 42 points from 22 games, behind leaders Manchester City and Manchester United.

Iheanacho is delighted with the performances from the Foxes and urged them to continue the display in their reaming games of the season.

“We are delighted. It’s a clean sheet and we are really happy we’re back to winning ways. We need to get going now and focus on the next games,” Iheanacho told LCFC TV.

“We’re really happy. It’s not an easy ground, coming here. They’re really good at their home, so we needed to stay together, stay compact, and we got the win. In the second half, we had to get tight and defend until the last minute.”

The Super Eagles forward powered home a fine header after he was set by James Maddison to open the scoring before James Justin sealed the win at Craven Cottage.

“Actually, I wasn’t expecting the header. I got in the space between the two central defenders and I got the header, so I’m delighted,” he continued.

Iheanacho has now scored four goals and provided four assists in 20 appearances across all competitions this season and has promised to seize every opportunity that comes his way.

“I’m always working in training. I need to work really hard to get my chance. Sometimes, the gaffer switches the team around, so I need to work for my chance. When it comes, I need to take it and that’s what I did tonight,” he added.

Leicester City will take on Wolverhampton Wanderers in their next Premier League outing on Sunday and Iheanacho has urged the Foxes to prepare well for the encounter.

“We’re looking forward to it. It will be a tough game, so we need to really work in training, stay together, and focus on the next game.”

Thu Feb 4 , 2021
The former Mamelodi Sundowns tactician is yet to lose a match with the Red Devils but now face what could be his sternest test at the club Al Ahly head coach Pitso Mosimane has anointed himself as the “Chosen One” as he leads the Cairo giants at the Fifa Club […] 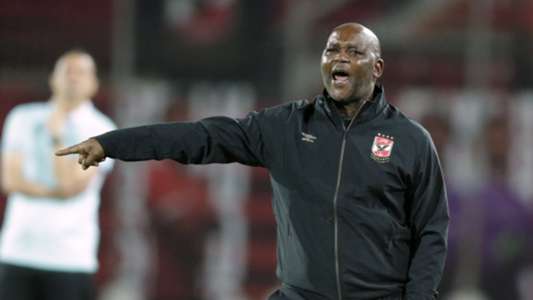