The 24-year-old was handed his third league start of the season, spearheading the Foxes attack in the absence of Jamie Vardy.

The Nigeria international made the most of the opportunity to open his account in the English top-flight this term and helped the Foxes return to winning ways after suffering a defeat against Leeds United last time out.

Leicester started the game brightly and came close to opening the scoring in the ninth minute when Iheanacho fired a fine strike but his effort was blocked.

In the 17th minute, the Super Eagles forward then put Brendan Rodgers’ men in front when he powered home James Maddison’s cross.

Iheanacho almost doubled his side’s lead in the 25th minute when he dribbled his way into Fulham’s defence but failed to direct his shot on target.

Moments before the half-time break, James Justin doubled Leicester’s lead after a fine combination with Maddison.

Despite efforts from Fulham to try and avoid defeat, the Foxes held on to their first-half lead to secure all three points at Craven Cottage.

Iheanacho featured for the duration of the game while his compatriot Wilfred Ndidi was not listed for the encounter due to injury problems.

The Super Eagles attacker has now bagged four goals and provided four assists in 20 appearances across all competitions this season.

His compatriots Ola Aina, Tosin Adarabioyo and Ademola Lookman were on parade for the entirety of the match but could not help Fulham to avoid defeat.

With the victory, Leicester City moved to the third spot on the Premier League table after accruing 42 points from 22 games.

Fulham, meanwhile, dropped to the bottom three on the table after their failure to add to their existing 14 points.

Iheanacho will hope to continue his impressive performance when Leicester take on Wolverhampton Wanderers in their next outing on February 7.

On the other hand, Aina, Adarabioyo and Lookman will look to help Fulham end their winless run when they square off against West Ham United on Saturday at Craven Cottage.

Wed Feb 3 , 2021
The 49-year-old tactician also felt that his side conceded cheap goals against Stellies, who scored their first goal after Rivaldo Coetzee’s mistake Mamelodi Sundowns head coach Manqoba Mngqithi was a relieved man after his side secured a hard-fought win over Stellenbosch FC on Wednesday evening.  The Brazilians claimed a 3-2 extra-time victory […] 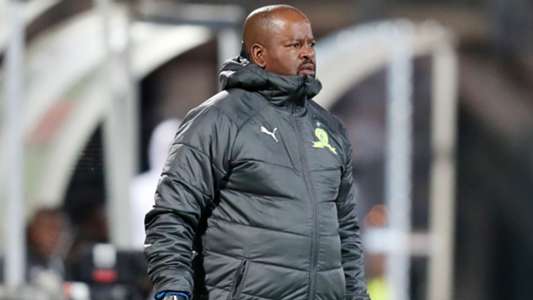