Brendan Rodgers’ men were overpowered by the Hammers, which did big harm to their Champions League qualification bid

Kelechi Iheanacho has expressed his disappointment after Leicester City were subdued by West Ham United in Sunday’s Premier League match.

Having suffered a 2-0 home defeat to Pep Guardiola’s Manchester City in their previous match, the Foxes travelled to the London Stadium with the ambition of returning to winning ways.

Nevertheless, that hopes faded into thin air as they were silenced by David Moyes’ side, with Jesse Lingard netting a brace while Jarrod Bowen got on the scoresheet too.

Although Iheanacho bagged a double late in the second half, that could not rescue them from falling 3-2 against the Hammers.

In his latest post on social media, the former Manchester City striker stated his dismay after Leicester’s away result.

“Disappointed with the result yesterday but God’s will be done,” the Super Eagle tweeted.

As a result of his brace versus West Ham, the African star now boasts 14 goals for Brendan Rodgers’ men in all competitions this season, equalling his best tally in a single campaign.

The last time he scored that many in a season was during his spell for Pep Guardiola’s Manchester City in the 2015-16 campaign.

In addition, the 2013 U17 World Cup Golden Boot winner has now scored seven goals in his last five English elite division games for the King Power Stadium outfit, as many as he managed in his previous 57 games in the competition.

Leicester occupy the third spot on the log having accumulated 56 points from 31 outings in the ongoing season – leading fifth-placed Chelsea by just two points, while West Ham sit in fourth place with 55 points from the same number of outings.

As they continue to chase a place in next season’s Champions League, they would be aiming to avoid any slip-ups in their subsequent outings.

Iheanacho and his teammates will enjoy an extra few days of rest before hosting Sam Allardyce’s relegation-threatened West Bromwich Albion next Thursday. Before then, they tackle Southampton in the FA Cup.

Will Choupo-Moting be Bayern's key man in season-shaping week?

Mon Apr 12 , 2021
With Robert Lewandowski likely to miss the return leg against PSG, the Cameroonian has to step up in front of goal in Europe and domestically When Bayern Munich halved the deficit against Paris-Saint Germain last week, Eric Maxim Choupo-Moting’s evident bellow was, in part, down to netting against his old […] 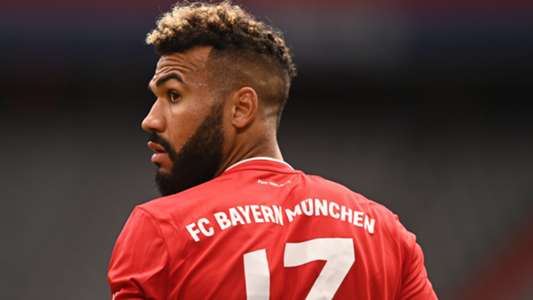