Jurgen Klopp has suggested Liverpool’s pursuit of a new central defender is being hampered by the prospect of having to pay “crazy money”.

With Liverpool struggling to plug holes left by long-term injuries to Virgil van Dijk and Joe Gomez, Klopp admitted earlier this week that he will look to recruit in January.

“I don’t know, but we will try,” he said. “We always try. It would be funny if you thought Liverpool were fine with the situation, that we don’t care or don’t try.

“We try, but as you know, there’s nothing to say until something happens. We will see.

“The situation yesterday didn’t make it easier but still we are trying to do the right things. If it’s possible then we will do it. If not, then not.”

The German saw Joel Matip go down with injury in the 3-1 win at Tottenham, a game Fabinho missed on account of a problem he picked up earlier in the week, meaning he is reliant on Jordan Henderson filling in alongside the relatively untested Nat Phillips and Rhys Williams.

Klopp reportedly has targets in mind – RB Leipzig duo Dayot Upamecano and Ibrahima Konate being just two – but he is aware that securing a top-class option is a tough task, especially in the January transfer window.

“You know the situation with centre-halves out there,” Klopp is quoted as saying in the Mirror. “You know the clubs where the centre-halves are playing, because everyone is talking about them. Tell me if one of these clubs needs the money and needs to sell a player?

“And if they need money then they want crazy money. I am not sure there is an £80 million centre-back available at the moment and a club thinks ‘We can get £80m for him so we will sell him’.

“The teams would not sell this calibre of player now.”

While Klopp has an eye on solving his defensive issues ahead of the closure of the transfer window on Monday, focus must be on reviving their title challenge and the Reds face a second consecutive trip to London when they face David Moyes’ improving West Ham on Sunday.

Sat Jan 30 , 2021
The Chennaiyin FC coach mentioned that they will be without the services of the suspended Enes Sipovic against Hyderabad FC… Manuel Lanzarote will be part of the matchday squad against Hyderabad FC but will not make it into the first 11 and coach Csaba László shared his reasons for the same. […] 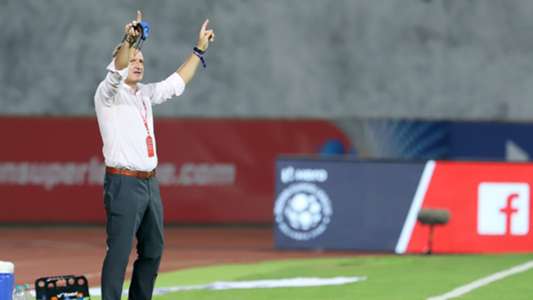