The former president, hoping to return to the helm at Camp Nou, has fired a shot at Zinedine Zidane’s side ahead of the election

If an alien came to earth, they would notice one thing straight away, according to Barcelona presidential candidate Joan Laporta – that VAR favours Real Madrid.

Laporta, president of Barca between 2003 and 2010, is among the favourites to replace the ousted Josep Maria Bartomeu at this month’s elections.

It seems as though the 58-year-old is intent on continuing the Catalan tradition of antagonising Madrid, having hung a large campaign poster of himself close to the Santiago Bernabeu in December.

“The poster has a sense of humour and irony that can be accepted,” Laporta told Marca.

“It is not to provoke; it is to highlight my profile. I think they have accepted it with humour and sympathy.”

Barcelona are sixth in La Liga, eight points behind Madrid and 10 adrift of leaders Atletico – but Laporta thinks the officials have played their part.

“If a Martian came down to earth and saw the VAR, they would quickly say that it is in favour of Madrid,” he quipped.

Verbal jousting with Barca’s rivals won’t be enough to dig the club out of their current rut, of course, and Laporta says he has transfer plans to put in place if he is elected.

“I have my own sporting project. I have three names for the technical secretary. I will not fall into the trap of naming names.

“It is not that I want to avoid the question, it is that the price of the player would rise and our player in that position would suffer a drop in form.

“All the agents are calling me. I know them all and they want me to be president again, but I have told them that I’m not talking about players or coaches for now.”

When pressed on whether he would make signings in the January transfer window – with only a week of the window to run after the election – Laporta added: “The technical secretary would have to inform us. What I would ask the secretary is not to limit himself in his tasks.”

Barcelona’s electoral campaign officially begins on January 15, with the election itself to be held on January 24.

Sat Jan 2 , 2021
An image on social media appears to show the players partying together in contravention of current Covid-19 regulations Tottenham and West Ham condemned four players after a picture emerged showing them celebrating Christmas together in apparent contravention of coronavirus restrictions. An image being widely shared on social media shows Erik Lamela, […] 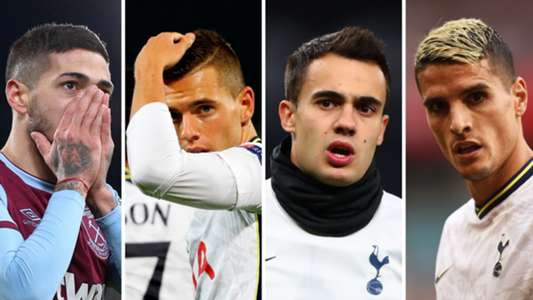