Ida Guehai and Rebecca Elloh were on target as Logrono continued with their stuttering start to life in Primera Iberdrola this season following Wednesday’s 3-2 defeat to Valencia.

Having bowed 2-0 against Barcelona last time out, Jose Moncayo’s side was hoping to halt their losing streak against Cesare Prandelli’s team that was outclassed 3-1 by Real Madrid.

However, they were pegged down by Maria Bonsegundo, who broke the deadlock for the hosts after just 25 minutes in the contest.

After the break, the visitors gained dominance and soon found a breakthrough when Leticia Mendez set up Guehai to net the equaliser 11 minutes into the second half.

The hosts, however, recovered their lead as Bonsegundo provided an assist to Elle Jansen for a second in the 76th minute in the game.

Eight minutes later, Ines Juan took the initiative to inspire her side’s comeback when she aided Elloh to level matters for the visitors.

At the death, any hope of Jose Bargues’ side snatching a crucial away point at Estadio Antonio Puchades were dashed when Candela Andujar buried the matchwinner inside the net.

Cote d’Ivoire’s Guehai featured for 68 minutes of the match, scoring her second goal in 17 outings, while compatriot Elloh was in action for the final 44 minutes and grabbed her second in 18 games.

Besides Guehai and Elloh, Ghana’s Grace Asantewaa also featured for 75 minutes, while Equatorial Guinea’s Jade Boho starred for the final 44 minutes of the encounter in Logrono’s defeat.

The defeat left Logrono in 16th position on the Spanish Primera Iberdrola log with 13 points from 18 matches and they will hope to recover in time for Saturday’s Spanish Cup final against Barcelona.

Wed Feb 10 , 2021
The German tactician has urged the Super Eagles captain to start playing again after more than three months of inactivity Nigeria national team coach Gernot Rohr hopes to see his captain Ahmed Musa back to action ahead of their 2022 Africa Cup of Nations qualifiers in March. The three-time African […] 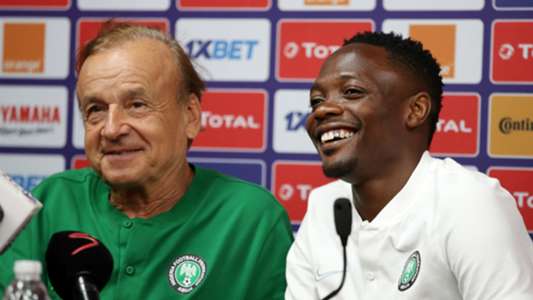