The imposing striker is still impressing at 39 years old, but retirement is possible given his advanced age

AC Milan would love to have Zlatan Ibrahimovic back next season, but they don’t yet know whether the prodigious goalscorer wants to keep playing.

Ibrahimovic has scored 15 times in all competitions this campaign after almost retiring over the summer. His brace Sunday helped Milan to a 4-0 win over Crotone.

After the game, manager Stefano Pioli said he appreciates all of the qualities Ibrahimovic brings to his side, from attacking firepower to emotional leadership. Pioli, though, admitted his striker was “tired” by another hard-fought year.

“Zlatan is happy with us and I think the best thing about this team is that the players are happy,” Piolli told Sky Sports Italia after Milan’s win. “We are with a huge club, everyone wants to do well and I think it’s right that he continues playing, and that he does it with us.

“He is an athlete who is highly motivated, is scrupulous in the way he looks after his body with everything from diet to recovery.

“He’s tired, but you don’t stay at this level for this long without looking after yourself.”

As many big clubs constantly try to find the next big thing to lead their attack, Milan’s commitment to Ibrahimovic is somewhat unique. The club leads Serie A with a striker old enough to be the father of some of his opponents.

If Milan don’t have Ibrahimovic in their lineup next year, would there be a significant drop-off in goals scored? They might have to dive into the transfer market for a younger striker this summer to avoid that outcome, especially as Inter Milan and Juventus remain ready to pass them by at any sign of weakness.

Snoozefest on a Sunday - Hyderabad, NorthEast United play out a dull draw

Mon Feb 8 , 2021
Hyderabad boss Manuel Marquez was honest with his analysis of the game – he called it boring. Hyderabad had over 60 per cent possession of the ball against NorthEast United but found it difficult to make use of that advantage in their 2020-21 Indian Super League (ISL) clash on Sunday.  […] 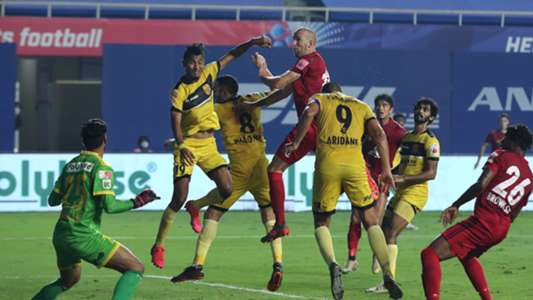