The Swedish striker shows no signs of slowing down despite his advancing years, and reached another milestone on Sunday afternoon

Zlatan Ibrahimovic scored the 500th club goal of his long and illustrious career in AC Milan’s Serie A clash with Crotone on Sunday.

The former Sweden international opened the scoring in first half for the Rossonieri, his 13th league goal of the season.

He quickly moved to 501 goals with his second of the game after the break, with another double from Ante Rebic completing a thumping 4-0 victory.

Editors’ Picks
Where has Ibrahimovic scored his goals?

Ibrahimovic is now into his 24th season as a professional, having played for nine different clubs since beginning his career with Malmo in 1999.

His double on Sunday were his 82nd and 83rd goals in a Milan shirt spread across two spells.

The only club side he has scored more goals for is Paris Saint-Germain, for who he netted 156 times in 180 appearances.

Where does he stand among the all time greats?

Ibrahimovic is just the third player in the 21st century to reach 500 club career goals, after superstar duo Lionel Messi and Cristiano Ronaldo.

He remains some way behind their career totals, though, with both players having scored 661 club goals to date during their career.

The next player to reach the milestone is likely to be Bayern Munich’s Robert Lewandowski, who is currently on 463 goals.

In addition to his club goals, Ibrahimovic also scored 62 in 116 appearances for Sweden. That leaves him just 38 goals short of 600 goals for club and country.

Though he brought his international career to an end five years ago, Ibrahimovic shows no sign of hanging up his boots completely just yet, meaning he has every chance of reaching that milestone.

Superstars want to play in Serie A again

Sun Feb 7 , 2021
The Benin international was on the scoresheet while the Ivory Cast midfielder made his maiden appearance for the Girondins at Stade Francis-Le Ble Steve Mounie scored while Jean-Michael Seri made his debut in Brest’s 2-1 victory over Bordeaux in Sunday’s Ligue 1 game. Mounie continued his impressive form in his […] 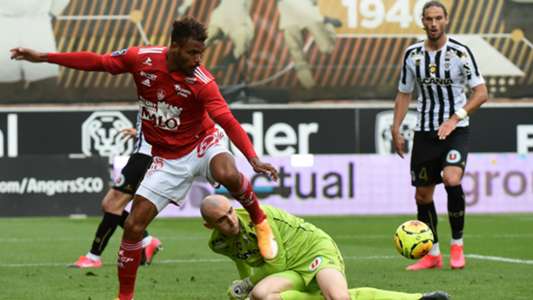