AC Milan boss Stefano Pioli has spoken out of Zlatan Ibrahimovic’s red card and spat with Inter striker Romelu Lukaku, insisting the Swede has “apologised to the dressing room”.

Milan crashed out of the Coppa Italia at the quarter-final stage after losing 2-1 against Inter at San Siro on Tuesday night.

Ibrahimovic produced a trademark finish to open the scoring in the 31st minute, but he was shown a yellow card just before the interval after a heated exchange with Lukaku, who reacted angrily to a foul from Alessio Romagnoli.

The 39-year-old squared up to his Inter counterpart and the pair had to be pulled apart by their respective team-mates, but they continued to hurl insults at each other as the teams made their way down the tunnel at half-time.

At one point Lukaku was heard saying “Well, let’s go inside you b*tch!” to Ibrahimovic as tempers flared, and he also accused the veteran frontman of insulting his mother.

Milan were reduced to 10 men early in the second half when Ibrahimovic was involved in another controversial incident.

Ibrahimovic was shown a second yellow card after tripping Aleksandar Kolarov in the middle of the pitch, leaving the Rossoneri with a mountain to climb to hold on and qualify for the semi-finals.

Their stubborn resistance was eventually ended when Lukaku dispatched a penalty in the 71st minute, and substitute Christian Eriksen scored a sublime late free kick to seal a famous victory for Inter in stoppage time.

Pioli addressed Ibrahimovic’s ill-discipline in his post-match interview, telling Rai Sport: “It influenced the sending off because he was booked there. I don’t know what they said. It can happen, we have to think about the next one.

“The second yellow card was from his desire to track back and help the team. He could’ve slowed down, but it happens.

“In the dressing room he apologised.”

The Milan head coach went on to express his disappointment over the final result, but refused to criticise the performance of his players while highlighting Ibrahimovic’s dismissal as the turning point in the match.

“We are sorry to have gone out of this competition, we wanted to win. We were able to keep up with a very strong opponent. Being outnumbered has complicated the situation,” Pioli added.

“I had some important responses from the team, the performance was there. I come out of this defeat feeling positive and confident for the future. Only the numerical difference made the difference.

Wed Jan 27 , 2021
The two former Premier League champions will be meeting for the first time this season as they play catch-up games Klinsmann Omulanga has explained how Mathare United can beat Ulinzi Stars during the Football Kenya Federation Premier League match on Wednesday in Nakuru. Omulanga believes playing according to what their […] 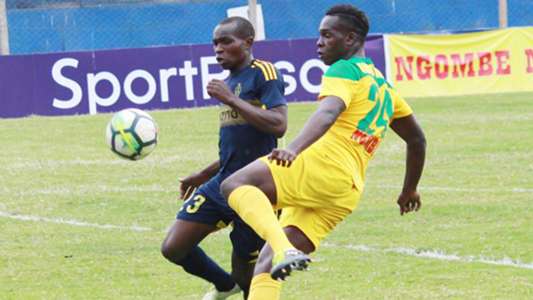