Neymar has dismissed his “immature” tag and insisted he is well aware of his responsibilities at Paris Saint-Germain, but has also vowed to “never stop” partying.

PSG broke the world transfer record by spending €220 million (£194m/$265m) to bring Neymar to Parc des Princes from Barcelona in the summer of 2017.

The Brazilian has since scored 83 goals in 100 games for the French club, getting his hands on nine trophies in the process, but he has also made plenty of headlines for his antics away from the pitch.

Neymar has thrown annual birthday parties which have attracted A-list players and celebrities from across the globe, with ex-PSG boss Thomas Tuchel claiming the events became an unwelcome “distraction” for the team last year.

Neymar’s celebrations will likely be far more muted this month due to the coronavirus pandemic, although a little over a month ago he was forced to deny he was planning to host a New Year’s party that was reported to be hosting 150 people.

It has been suggested that the ex-Barca star doesn’t take his duties at PSG seriously enough and allows external distractions to affect his performance levels, but he has now denied being a reckless character with little thought for the consequences of his actions.

“Contrary to what people think, that I’m immature, that I don’t know what I do.”

The PSG talisman added: “I’ve been in football for several years. If you stay 100 per cent with your head focused on just playing football, in my opinion, you end up exploding.

“It is my time to relax, to be calm… I will never stop doing it.”

Neymar will be back in action with the Ligue 1 champions when they take on Nimes at Parc des Princes on Wednesday night.

PSG will be aiming to bounce back after losing their first game under new head coach Mauricio Pochettino last weekend, with Neymar scoring twice from the penalty spot in a 3-2 reversal at Lorient.

Tue Feb 2 , 2021
The 23-year-old has teamed up with the Belarusian side after agreeing on terms and passing her medical with the champions Belarusian Women’s Premier League club Dinamo-BSUPC have secured the services of Nagede Cisse, on a one-year deal, Goal can confirm. The champions signed the Ivorian as a free agent after the 23-year-old […] 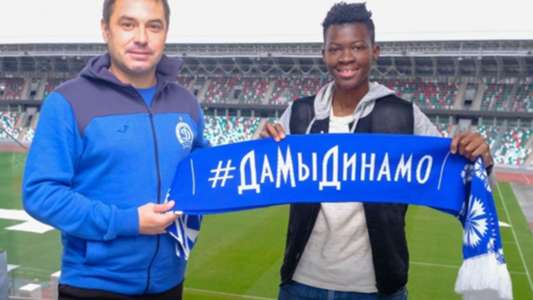