The former ISL champions, who have never failed to make it to the semi-finals since their entry in the competition, face FC Goa on Sunday before their final league tie against Jamshedpur in another four days time. However, they need all six points and hope that other results also go in their favour.

“I’m not using the ‘do or die’ term with the players. I think it’s more pressure for Goa. For me, it’s going to be a normal game, the way we played against Mumbai. We have to see how they (Goa) approach the game and work on our counters. It’s important that I don’t put much pressure on the players no matter what happens. They just have to go out and enjoy themselves.

“I rate them (Goa) as to how Mumbai is playing. They keep the ball well, they are good in ball possession. It won’t be easy for sure. They have players like [Jorge] Ortiz, [Edu] Bedia is back. So I’m sure there is a lot of positivity in their camp as well. They have been scoring goals and we have to be careful of those late goals that they have been scoring of late,” said the Blues interim coach, Naushad Moosa.

The 49-year-old confirmed the return of Dimas Delgado to team training and also said Ashique Kuriniyan is fit for a full game after the latter was brought on in place of Xisco Hernandez in the 63rd minute in the last game.

“Xisco played for 60 minutes in the last match. We’ll see how he’s progressing in the match. If he’s doing well, fine, or else we’ll look for an option. Dimas is back but he will not start. Ashique has fully recovered. We were worried because he is returning after a long break. We must take care of him and can’t be selfish but right now he is ready for a full match,” he updated.

Moosa went on to spell out the reason behind the team’s dip in form after the 2-0 win over East Bengal and insists that the boys have learned from the experience.

“After the East Bengal game, the players were more hungry and greedy to get another three points and in that bargain, we lost focus and we were not playing according to our plan. So I want them to stay focused and stick to the plan, not show frustration, be calm and enjoy the game. We don’t want them to repeat the same mistakes we made in the game against Chennaiyin (0-0 draw).

“We are not taking too much pressure. A victory (against Goa) will take us close and give us that chance to be in the playoff but to forget that will spoil our plan. I’ve been having discussions with the players and I can see that the players are showing that hunger but after the Mumbai game they have realised what mistakes they made after the East Bengal game. So now they know exactly what to do in tomorrow’s game,” he explained.

The Bengaluru reserve team coach also admitted that player selection and recruitment has not been ideal this time around.

“You could have seen the frustration on the players’ face. I was the assistant coach and I couldn’t feel that pressure all these years, but they were doing good. This season when I got the team, in the beginning, there was pressure. Now that we all have settled down, even the management knows where we have gone wrong when it comes to the selection of players and all those things. It’s good learning for everyone at the club and maybe next year we will come strong.”

He also feels that he is improving as a coach and feels that a few years down the line, he might be able to coach an ISL side on a permanent basis.

“The main challenge was dealing with the players. So it’s all about man-management. Of course, I will need more time and learn more things like how to handle the situation when you’re losing and what to do when you’re winning. What I learned from [Albert] Roca and Carles are different from what I learned in my playing days under an Indian coach. Now you’ll have Marco (Pezzaiuoli, from the club’s engagements in the AFC Cup) whose idea is totally different.

“[If] you ask whether Indians can be coaches in ISL, you can see that Khalid (Jamil, at NorthEast United) is proving himself. He’s unbeaten (for seven games) so far and is doing a great job. For me also, if we have the right set of players from the beginning, why not. I feel that I will need a year or two to be there,” Moosa proposed.

Sat Feb 20 , 2021
The USWNT international has slotted seamlessly into Gareth Taylor’s side and the England captain has nothing but praise for her skills Abby Dahlkemper has been an “unbelievable addition” for Manchester City, says captain Steph Houghton, who has added that she is “full of admiration” for her new defensive partner. The […] 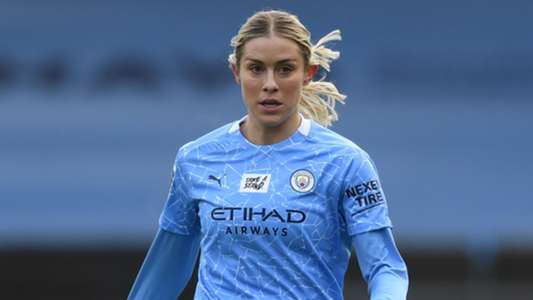