New Chelsea head coach Thomas Tuchel is revelling at the chance to work with N’Golo Kante at Stamford Bridge, admitting he has wanted to work with the France midfielder for several years.

Tuchel took charge of his first Chelsea match on Wednesday, just one day after he was appointed to take over from Frank Lampard.

The former Mainz, Dortmund and PSG boss oversaw a 0-0 draw with Wolves at Stamford Bridge, saying after the game he was happy with his side’s performance after such a short turnaround.

Kante did not feature against Wolves due to a hamstring injury, but is expected to be back soon for the Blues. After the game, Tuchel spoke highly of the France international, as well as several other Blues players he already knows well.

“The funny thing is when you join a team in the middle of the season, I already know the likes of Kai [Havertz], Timo [Werner], Toni [Rudiger]. I wanted many years to have N’Golo Kante in my team and now I have him here, also Olivier Giroud, we have a clear picture,” Tuchel said in his post-game press conference.

“I have been following the Premier League for many years both in Dortmund and in Paris so I have a clear picture of what the guys are capable of. To find a guy like [Cesar] Azpilicueta in your office is simply amazing because in the end I am also a fan off football.”

Another Chelsea player the new boss knows well is Christian Pulisic, whom he managed during his spell at Dortmund. Tuchel said the American was unlucky not to start on Wednesday after he made a second-half cameo.

“In Christian for sure I know very well what he is capable of,” Tuchel said. “He had a big, big input, it was an unfair decision for him today to not start. I told him it was only because I know what he can bring from the bench.

“I am not sure sure what the others can do but I know you [Pulisic] can bring things for us and absolutely change it for us.”

Tuchel will aim for his first win at Chelsea boss on Sunday when the Blues face Burnley at Stamford Bridge.

Onuachu continues sparkling performances with another brace for Genk

Wed Jan 27 , 2021
The Nigeria international inspired the Blue and White to their 12th win of the season at Luminus Arena Paul Onuachu scored another brace to help Genk secure a 3-2 victory over Zulte-Waregem in Wednesday’s Belgian First Division A game. The lanky centre-forward has been delivering sparkling performances for John van […] 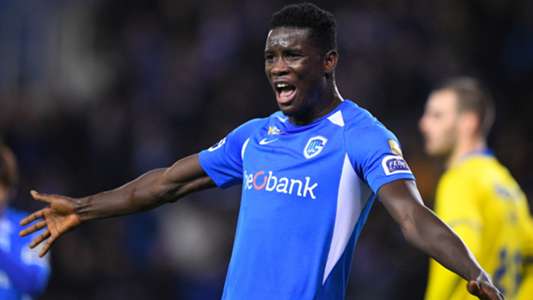