The Ivorian winger has spent the majority of his career to date at Selhurst Park, but remains “very ambitious” when it comes to his future

Wilfred Zaha says he’s open to “opportunities” away from Crystal Palace because he wants “to win trophies and play at the highest level”.

Zaha has spent a grand total of nine years at Selhurst Park across two separate spells with Palace, during which time he has established himself as one of the best players outside the Premier League’s top six.

A failed stint at Manchester United prevented the winger from taking his career to even greater heights, but he hasn’t given up on making the grade at an elite level having always been motivated by a desire to get his hands on major silverware.

“I have been at Palace since I was eight,” Zaha said at the Financial Times Business of Football summit. “I have given my all to the club. I am very ambitious. Everyone knows that.

“I will always give 150% to Crystal Palace but I’ll always be ambitious. If there are opportunities I will have a look at them.

“I want to play at the highest level and win trophies to show my kids.”

Who has been linked with Zaha in the past?

Arsenal and Everton were both reportedly eager to bring in Zaha ahead of the 2019-20 campaign, having seen him post career-best numbers in terms of goals and assists for Palace the previous season.

However, the Eagles refused to budge on their £80 million asking price for the Ivorian, and the Gunners ended up signing Nicolas Pepe from Lille instead while the Toffees snapped up Moise Kean from Juventus.

United have also been tipped to try and bring Zaha back to Old Trafford on several occasions, but his current contract at Selhurst Park is not due to expire until 2023.

Zaha was Sir Alex Ferguson’s last signing before his retirement in the summer of 2013, with the Red Devils forking out an initial fee of £10m to bring him in from Palace.

Unfortunately, he failed to establish himself as a regular in Manchester under both David Moyes and Louis van Gaal – the latter of whom asked him to play in an unnatural position following his return from a loan spell at Cardiff City.

“I went back to United after that and it was Louis van Gaal by then,” he said earlier this month. “He gave me two options: you’re either a wing-back or a striker. Those are positions I’d never played before, it was like I’m being set up to fail.

“This was after coming back from the David Moyes era and I was just shattered with how everything didn’t work out for me. Then I go back, I get ‘either you’re a striker or a wing-back’ – and I couldn’t do either.”

How is Zaha performing this season?

Zaha has seemingly been trying to put himself back in the shop window with his performances in 2020-21, rediscovering the kind form which saw him attract attention from a number of top clubs earlier in his career.

Injuries have disrupted his progress somewhat in recent months, but he has still managed to contribute nine goals and two assists to Palace’s Premier League cause across 19 outings.

Zaha could have the chance to add to that tally when the Eagles take on Brighton on Monday, having just returned to full training following a thigh issue.

Thu Feb 18 , 2021
For a team fighting against relegation, it came as a surprise when they terminated the contract of a regular player Maritzburg United chairman Farouk Kadodia says they could not guarantee Keagan Buchanan a new contract as his deal neared the end and the player then was distracted by the development. […] 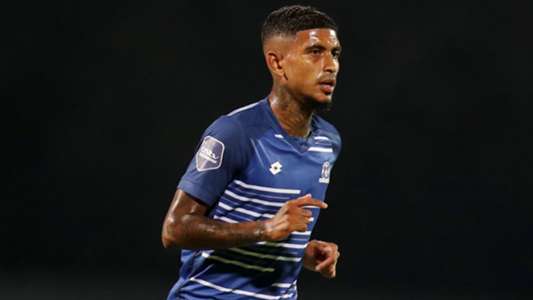