Vinicius Junior has expressed his desire to “stay at Real Madrid forever” while ruling out a potential loan move in the summer transfer window.

Madrid supporters are still waiting for Vinicius to realise his potential two-and-a-half years on from his debut, but he has at least managed to nail down a regular spot in Zinedine Zidane’s set-up at Santiago Bernabeu.

The 20-year-old remains fully focused on his long-term ambitions in the Spanish capital despite a slow start to life with the Blancos, with it his belief that his critics are expecting too much from him at this early stage of his career.

Asked if he would be open to leaving Madrid on loan in the near future, Vinicius told TNT Sports: “No. I’m always focused on wanting to be at Real Madrid, being with the best players, learning alongside the best players.

“I’m 20 years old and it seems as though I’ve been playing for many years but I’m only at the beginning of my career.

“I’m learning a lot from the players that are here, those that play in my position. I want to stay at Real Madrid forever.”

Who has been linked with Vinicius?

Vinicius was touted for a temporary switch to the Premier League in January, amid reported interest from the likes of Arsenal, Tottenham and Liverpool.

The talented winger has also been linked with Paris Saint-Germain, with it suggested he could be used as a makeweight in any future deal to bring Kylian Mbappe to the Bernabeu.

Vinicius’ record at Madrid so far

Vinicius has already racked up 98 appearances across all competitions for Madrid, with his last outing coming in a 1-0 victory over Real Valladolid on Saturday.

The Brazilian has contributed 11 goals and 20 assists to the club’s cause, and has stepped up in the injury-enforced absence of Eden Hazard throughout the 2020-21 campaign.

Vinicius has picked up three trophies during his time at the Bernabeu, including one La Liga title, and could add to his haul come May with the Blancos still fighting for silverware on both domestic and European fronts.

Vinicius could retain his place in Zidane’s starting XI when Madrid take on Atalanta in the first leg of their round-of-16 Champions League tie on Wednesday.

Zidane’s men are due back in La Liga action five days later, with a home fixture against Real Sociedad on the cards.

Mon Feb 22 , 2021
The Hammers midfielder is eager to see a fellow England international remain in east London beyond the end of the 2020-21 campaign Declan Rice has aired his desire for West Ham to thrash out a deal with Manchester United that will allow “ridiculously top player” Jesse Lingard to remain at […] 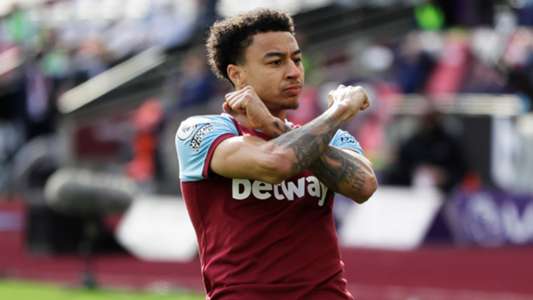