James Maddison is eager to make things “all about me”, with the Leicester midfielder eyeing up a recall to the England squad ahead of this summer’s European Championship.

The 24-year-old playmaker has earned just one senior cap for his country, with that solitary outing coming against Montenegro in November 2019.

He faces fierce competition for a place in Gareth Southgate’s plans, but confidence is not a quality that he is short on and the Foxes star is determined to make his mark.

“I want to be back in the England squad – simple as that,” Maddison has told BBC Sport.

“I’m a lad who has grown up in England, gone through the lower leagues and that feeling of representing my country against Montenegro – which I did in what feels like a long time ago now – was the best feeling ever.

“I know I’m good enough and more than capable, I just want that opportunity to go and show what I can do on that international stage.

“I want it all about me. I put pressure on myself every day. I want to be the best player that James Maddison can be. I want everyone questioning me and talking about me, that’s what drives me.

“I always back myself, I always believe in myself, because that has got me where I am today. That attitude and mentality won’t change.”

How has Maddison performed this season?

Maddison has remained a key man for Brendan Rodgers in 2020-21, with 29 appearances taken in across all competitions.

He has registered nine goals and seven assists in those outings, helping to keep the Foxes in the hunt for silverware on multiple fronts.

Leicester sit third in the Premier League table, seven points adrift of leaders Manchester City, and have also made their way into the quarter-finals of the FA Cup and last 32 of the Europa League.

Who provides competition for Maddison with England?

The Three Lions are currently well-stocked for ball-playing, creative midfielders.

Aston Villa captain Jack Grealish edged to the front of the queue during the last round of international fixtures, as he caught the eye in outings against the Republic of Ireland, Belgium and Iceland.

Chelsea academy graduate Mason Mount is another in the mix, with the 22-year-old retaining a prominent role at Stamford Bridge under Thomas Tuchel – having previously thrived with Frank Lampard in charge.

Phil Foden is another in Southgate’s thoughts, but the Manchester City youngster is capable of filling a number of positions and could line up in the same system as Grealish, Maddison and co.

Fri Feb 12 , 2021
The Kasasiro Boys are expecting to fight and win the trophy back after losing it to Vipers in the cancelled 2019/20 season Kampala Capital City Authority head coach Mike Mutebi has claimed eight teams are likely to push the fight for the Ugandan Premier League title to the wire. Former […] 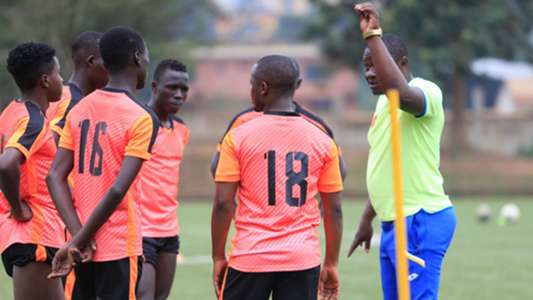