French tennis player Gilles Simon, 35, says his main goal now is to enjoy his time on the court as he knows he hasn’t that much time left. Simon, ranked at No. 54 in the world, has never won a Grand Slam or a Masters title but still he has been one of the most accomplished players from his generation.

“When the tour resumes, I won’t worry about any specific results. I’m 35, and to me the results are not the most important thing anymore. The main goal is to be happy on the court. I would like to take even more pleasure during the matches.

I like to play tennis, I like to practise. This is the sport I will love forever. I often say I might be the person who loves tennis more than anybody. I can watch it at all levels, and I believe everything about the sport is interesting.

The only problem is when I play matches,” Simon said in a contribution post for the ATP. The Frenchman admits the desire and pressure to make a good result sometimes results in a negative way. “I have the will to perform as best I can to achieve good things, and sometimes because of that stress and the pressure to play well, the pleasure sometimes disappears.

I have too many thoughts of, ‘Hey I want to win. I want to accomplish this, I want to do that.’ I would like to spend more time in the match enjoying what I’m doing,” Simon said.

Gilles Simon optimistic results will come if he does his part

Simon didn’t make a particularly great start to the 2020 season as he lost his openers in Auckland and Montpellier, while he made the second round at the Australian Open and Rotterdam.

But the Frenchman lifted his form when he played in front of his home fans in Marseille as he made the semifinal before losing to Felix Auger-Aliassime. “This is the time in my life when I’m super good at tennis, and that’s a great thing.

I need to try to forget the rest. That’s the last goal I have on the tennis court,” Simon said. “The results will come, or they will not. But I’m pretty confident if I do things the right way I will have great results.

If I don’t, it will almost be the end of my career. Maybe I’ll say, ‘I’ve suffered enough.’” Gilles Simon is a 14-time ATP champion and former world No. 6.

Sun Jun 14 , 2020
The Three Lions coach believes game time is the most important factor for the young star to consider England manager Gareth Southgate concedes Jadon Sancho returning to the Premier League would present “different opportunities” for the attacker.  The Borussia Dortmund star has been strongly linked with interest from Chelsea and […] 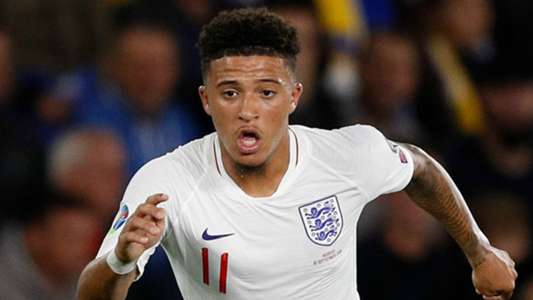