Borussia Dortmund defender Mats Hummels has revealed that he believed he would never make it in the Bundesliga as a youngster, adding that he felt he was able to flourish in part because he did not expect to make the grade at Bayern Munich.

The veteran centre-back struggled as a teenager to break through at the Bavarian giants before he moved to Dortmund in 2008, where he established himself as one of the country’s strongest young talents.

A subsequent return to Bayern helped establish him even further as a cornerstone of the Germany national team, with whom he won the World Cup at Brazil 2014, but Hummels has now opened up on his belief that he would not see top-flight football in his career.

Editors’ Picks
What did Hummels say?

The 32-year-old, who returned to Dortmund for a second spell in 2019, has opened up on his time in Bayern’s youth setup, disclosing that he didn’t expect to turn professional at the end of his tenure there.

“Not at all,” Hummels told Goal and DAZN ahead of his side’s Champions League clash with Sevilla. “I played my first real season as a regular player for Bayern in the U19s with Kurt Niedermayer.

“In the U17s, I wasn’t even in the squad at the beginning of the season, and in the U16s I was more of a part-timer.

“I always tried to learn what works and what doesn’t work, because I myself never believed I would play in the Bundesliga at some point, I never had that pressure.”

The centre-back also opened up on his relationships over the years with fellow players at both club and national level, revealing that he feels his greater successes have come in teams that have not built up a particularly chummy bond.

“You have to step on people’s toes if you want to be successful,” he added. “You don’t get that kind of performance culture when you have 20 bros in a team.

“I haven’t seen a team with a good-spirited culture that, when the going gets tough, could stand up to it every time.

“When the mood between everyone is too good, when it gets really tough, you lack the last per cent to be tough against yourself and against the opponents.

“In my eyes, you have to establish this culture every day in training. If a personal relationship or two falls by the wayside in the process: so be it.

“I was almost fighting every day in 2014. Partly also with people with whom I now get on super well, because we all know that we did everything to make us successful.” 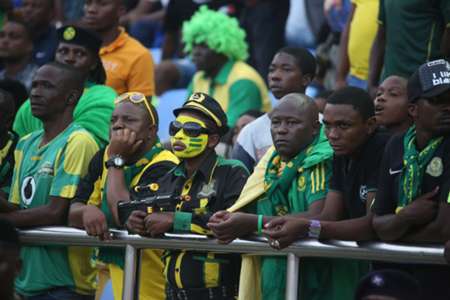