Andy Robertson has rubbished claims that he and Liverpool team-mate Alisson Becker were involved in a fight, claiming talk of him receiving a “burst lip” is nonsense.

Liverpool have come up well short in their bid to defend the Premier League title they won so spectacularly last term, with a torrid run of form in 2021 all but ending their hopes of retaining the trophy.

There has also been wild speculation surrounding the club, with talk that Jurgen Klopp was set to quit and that Robertson and Alisson were involved in a bust-up.

Robertson has dismissed the speculation, claiming some people have too much time on their hands, although he did joke that he would rather have been portrayed as the winner of the fight.

“I don’t look like the boxing type, do I?” Robertson told Sky Sports. “The least [likely] two people to fight in the dressing room are myself and Ali; I think people are sitting at home a bit bored.

“Obviously somebody made up a rumour that the gaffer didn’t come home, whereas me and Ali were fighting.

“I love how I was the one who ended up with the burst lip. I would rather it was the other way about but beggars can’t be choosers!

“The stuff that was getting written was a lot of nonsense. For the players and everyone in the training ground, we just need to block all that out.”

What was reported to have gone on?

A rumour emerged following Liverpool’s 3-1 loss to Leicester on February 13 that Brazil goalkeeper Alisson and Scotland full-back Robertson came to blows in the aftermath of the game.

Liverpool led at the King Power Stadium through a Mohamed Salah goal, but were pegged back by a James Maddison free-kick.

Alisson, who had an error-strewn game against Manchester City the previous week, then took centre stage as he charged out of his goal only to miss his attempted clearance and allow Jamie Vardy to walk the ball into an empty net.

It was claimed that Robertson called out Alisson and that it resulted in a physical altercation in the dressing room. 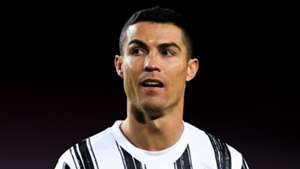