In another match on Friday, RoundGlass Punjab played out a goalless draw against Sudeva Delhi

A depleted Churchill Brothers were held to a 1-1 draw by Tiddim Road Athletic Union (TRAU) in I-League at the Kalyani Municipal Stadium in Kalyani on Friday. The Margao-based side, however, maintained their top spot in I-league with 11 points from five matches.

Clayvin Zuniga scored the opening goal in the18th minute for Churchill Brothers while Bidyashagar Singh equalized in the 23rd.

It was an end-to-end contest between both the teams as Churchill Brothers began the match on an attacking note in search of an early lead. In the 2nd minute, they came close as Clencio Pinto got at the end of a croos by Luka Majcen from the left flank. But he missed the chance to convert from a close distance. Later, Zuniga came close on scoring but his shot went a few inches over the bar.

However, their constant attack, saw them break the deadlock in the 18th minute from a set-piece with Zuniga finding the net from Pinto’s delivery. It, however, took minutes for TRAU to equalize as Bidyashagar Singh fired the ball home to cancel out the slender lead.

Elvedin Skrijelj scored the winner as Chennai City FC beat Indian Arrows 1-0 at the Kalyani Municipal Stadium. It was a fair result as Satyasagara’s men largely dominated the match.

Chennai City FC made a positive start to the match as they had the first chance in the fourth minute when Mohamed Iqbal was played onto goal. But Indian Arrows custodian Syed Hussain Bukhari saved it off the line. They continued to raid Indian Arrows’ defence with intent and came close to breaking the deadlock on multiple occasions.

The former I-League champions dominated possession while Arrows looked to break on the counter. The Coimbatore-based side finally broke the deadlock in the 63rd minute as Iqbal’ whipped in a ball from the corner and Skrijelj headed it in.

RoundGlass Punjab FC shared spoils with Sudeva Delhi FC after playing out a goalless draw at the VYBK Stadium in Kolkata.

The first fifteen minutes saw end-to-end action between both the sides but both teams failed to break the deadlock.

Sudeva Delhi FC sat back and played on the counter while RoundGlass Punjab FC enjoyed possession. Chencho Gleytshen got a couple of opportunities but he failed to hit the target. A free-kick right before the end of the first half for Sudeva Delhi FC saw Shaiborlang Kharpan’s header saved by Kiran Limbu as both teams went into the tunnel goalless.

In the second half, Chencho continued to try to breach the defence but in vain. There were half-chances in the match but both sides could not capitalise.

Fri Jan 29 , 2021
Simba SC will play the Congolese side on Sunday hoping to get a positive outcome to win the competition Al-Hilal have defeated their counterparts from Congo, Tout Puissant Mazembe, 2-1 in the Simba Super Cup game played at the Benjamin Mkapa Stadium in Dar es Salaam on Friday. Vinny Bongonga […] 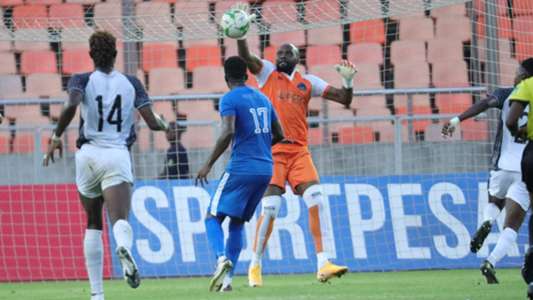