Former World No. 1 Angelique Kerber, of Germany, says she hopes to see fans in the stadiums when the tennis season resumes, during a podcast with her sponsor, Generali.

Because I know I’m not just playing for myself now, but also for those who want to win with me.” Kerber has pulled out of the exhibition event in Berlin in July that she had entered earlier and she is currently in training for the resumption of the circuit.

“Tennis is a matter of the head, you have to be mentally strong. If you show weakness against a top player for a few seconds, the game can turn immediately. Kerber says over the years, she has learnt not to show her weakness, even if one feels different and says it is not good to think too much about what the opponent’s tactics could be and rather it is more important to be with yourself and control one’s emotions externally.

Kerber says for her, the match, “actually starts as soon as I enter the facility. Then I create my own zone and prepare myself mentally. I have learned to trust my feelings over the years.” The German says she is also proud that she has been able to make friends on the circuit inspite of the competition, who she has been in touch with during the lockdown.

“In times when the competition was tough and each of us just wanted to win. It is nice to realize that what we have is more than just tennis friendships” Angelique Kerber is a former World No. 1 and winner of three Grand Slam tournaments so far.

She has also won an Olympic silver medal while representing Germany at the 2016 Rio Olympics. Kerber is currently ranked No. 21 in the world. At the Australian Open this year, Kerber reached the fourth round where she lost to Anastasia Pavlyuchenkova and had withdrawn from the BNP Paribas Open and Miami Open due to a left-leg injury prior to the cancellation of the events.

Mon Jun 15 , 2020
The 25-year-old has extended his stay with the 2. Bundesliga club after providing an assist over the weekend Julian Green has signed a new deal with Greuther Furth, the club announced on Monday. The 2014 World Cup veteran’s new deal sees the midfielder extend his contract by one season with […] 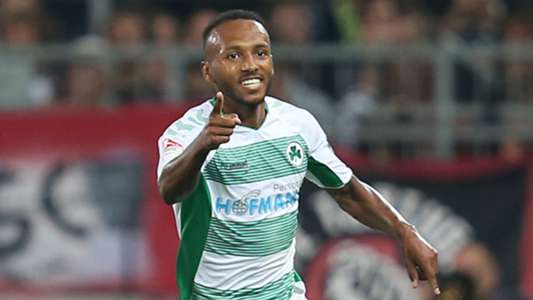